Days after Hillary Clinton announced she would run for president, many Democrats are excited about her prospects for becoming the first woman to occupy the White House.

In Minnesota, party leaders think Clinton’s path to the Democratic nomination is so clear that they are recruiting female candidates for state and local offices, hopeful that the excitement around Clinton will spread their way. 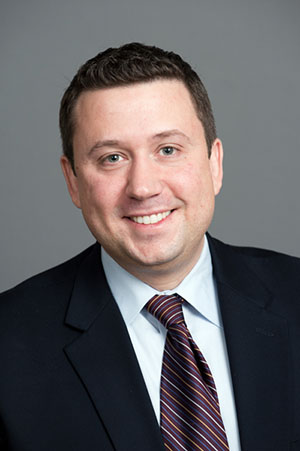 Martin said Democrats also are recruiting female candidates for several seats in the Legislature.Even though the election is still 19 months away, Martin and other DFL leaders are actively recruiting women candidates for Congress. Among them are Angie Craig, a St. Jude Medical executive, and Dr. Mary Lawrence, a former Veterans Affairs official. Both aim to challenge Republican U.S. Rep. John Kline in Minnesota’s 2nd Congressional District.

“The confluence of having a woman at the top of the ticket running for president and women candidates running up and down the ballot throughout Minnesota could help us put a lot of those seats in play, including congressional seats and suburban legislative seats,” he said.

Advocates for more women in politics say Clinton’s campaign said a presidential campaign by Clinton, a former secretary of state and U.S. senator, is making it a little bit easier to recruit women to run.

Lauren Beecham, executive director of WomenWinning, an organization that helps elect female candidates who support legalized abortion, said several women her group is talking to are more willing to run because Clinton is expected to be on the top of the ticket.

“They now see that there will be a political opportunity in 2016 and they are also encouraged by the fact that it’s going to be presidential election which historically we’ve seen a higher turnout,” Beecham said. “And they know that women tend to vote in presidential elections in greater numbers than men.”

Recruiting women candidates is only one way Democrats are hoping to appeal to women voters. State lawmakers also are promoting policies they think will resonate with women. Last year, the Legislature increased the minimum wage and established workplace protections for women. This year, Democrats in the Legislature are pushing bills that guarantee employees receive paid sick time.

Democrat Laurie McKendry of Eden Prairie plans to run for the state Senate next year against Senate Majority Leader David Hann, who defeated her by nearly 3 percentage points in 2012. But McKendry said she thinks the experience of running a campaign and having Hillary Clinton on the ballot will help her in 2016.

“I think Hillary running for president will be very positive for all women candidates, frankly,” McKendry said. “There’s a lot of power seeing someone who look like you in the highest office in the United State of America.”

“It’s certainly not the case that every time you have a male/female race, the female always wins,” Hann said. “I think it’s certainly true that women candidates can bring a different dimension in some cases to a race but every race is different, and you have to look at the individuals involved.”

Some Republicans have been trying to link Democrats to some of the controversies surrounding Clinton. In just one example, the National Republican Campaign Committee is calling on U.S. Rep. Collin Peterson, a Democrat who represents Minnesota’s 7th District, to demand Clinton turn over a personal e-mail server that she used during her time as secretary of state.

Other Republicans say Clinton’s campaign will turn off some voters.

“You can argue that this would be a great year for Hillary Clinton in Minnesota, but there are some fundamental things that just don’t add up,” said Keith Downey, chair of the Republican Party of Minnesota.

“Do we really want another Clinton?” asked Downey, referring to former President Bill Clinton. “Do we want another four years of Barack Obama? I think there are undercurrents where people think the economy is glowing and yet they look at their own circumstances and say, ‘I’m glad it’s great for everybody else but not for me.’