Funeral services for the Rev. Paul David Lobb, 80, of Mansfield will be at 11 a.m. Tuesday at Grace Baptist Church, 1700 W. Oakland Ave. in Austin. The Rev. Dennis Seiler and the Rev. Ronald J. Hemsworth II will officiate. Interment will be in Graceland Cemetery. Visitation will be from 4 to 7 p.m. Monday at Faith Baptist Church, 905 Fairlane Terrace in Albert Lea, and one hour prior to the service at the church in Austin on Tuesday. In lieu of flowers, memorial contributions may be made to the Paul David Lobb Memorial Fund. Online condolences are welcome at www.bayviewfuneral.com. 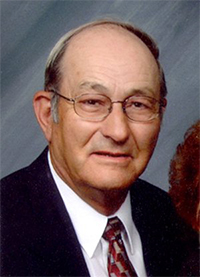 Paul David Lobb was born on Jan. 13, 1935, in Duluth, the son of William J. and Bertha (Minks) Lobb. He grew up on the family farm in Markham. As a child he attended elementary school in Markham and then graduated from Aurora High School in 1953. On Oct. 1, 1955, Paul was united in marriage to Edwina Kunnary in Virginia.

Paul loved teaching his family the joys of the great outdoors: camping, fishing, hunting, mountains and oceans. Paul was known for his unique sense of humor, love of laughter and gentle spirit. He was a selfless giver and source of boundless wisdom. He cherished times with his children and grandchildren and will be greatly missed.

Paul was the state representative for the Minnesota Association of Regular Baptist Churches and director of Bass Lake Camp from 1985 to 2000. He served on the boards of Iowa Regular Baptist Camp, Faith Baptist Bible College, Iowa and Minnesota Councils of Seven.

In retirement Paul and Edwina served as short-term missionaries in New Zealand and missionary conferences in Peru. He was field representative for Bibles International in Minnesota, North Dakota, South Dakota and Wisconsin. Paul was a member of Faith Baptist Church in Albert Lea.

Paul was preceded in death by his parents; his son, Mark; sister, Olive Gallagher; and brothers James and Wilfred Lobb.