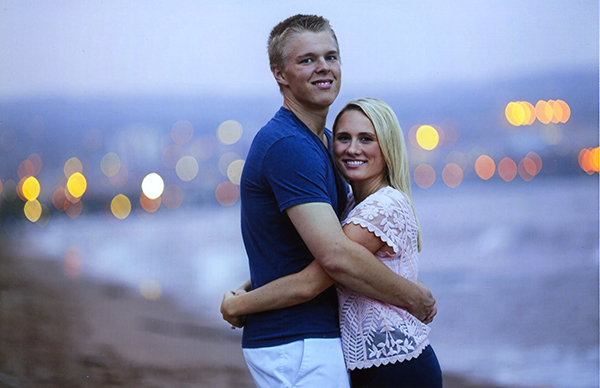 Jim and Carol Pratt of Duluth and Dave and Janelle Blaeser of Champlin announce the engagement of their children, Melissa Elizabeth Pratt and Benjamin John Blaeser.

Melissa is the granddaughter of Beverly and Dennis Haughen of Albert Lea, the late Lou Lundell of Duluth and the late June and Marsh Pratt of Albert Lea.

Benjamin in the grandson of Floyd and Dorothy Blaeser and the late Clarence and Kathleen Korpe.

The future bride is a graduate of Duluth East High School and received her Bachelor’s of Science degree in education from the University of Minnesota in Duluth. She also graduated from the College of Scholastica with a degree in nursing. She is currently a registered nurse at Park Nicollet Methodist Hospital in St. Louis Park.

The future groom is graduate of Champlin High School. He has a degree in mechanical engineering from the University of Minnesota in Duluth. He works at Twin City Fan in Plymouth. He also coaches lacrosse for Champlin Park High School and Team Minnesota.

The couple met at the University of Minnesota in Duluth.

An Aug. 8, 2015, wedding is planned at the Glen Avon Presbyterian Church in Duluth. The couple will be living in Minnetonka.