The memorial service for Robert Joseph Blazek will be 11 a.m. Saturday at Trinity Lutheran Church, 104 1st Street SE in Hayfield, with the Rev. Paul Hauschild officiating. Visitation will be from 9 to 11 a.m. at the church. 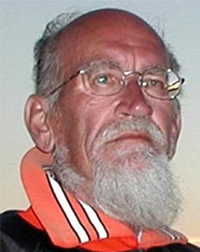 Robert was born on Jan. 3, 1942, the son of Joseph A. and Violet A. (Jorgensen) Blazek in Steele County. Robert graduated from Ellendale High School in 1960. He began working at IBM in Rochester and worked there for over 30 years. On June 20, 1964, he married Antonia Cruz, and two children were born from this marriage. They were later divorced. On Aug. 19, 1977, he married Mary Grunwald at her grandmother’s house in Ellendale.

Robert was an active member of the NRA and a former member of the Dodge Center Sportsman’s Club. He enjoyed hunting, fishing, billiards, photography, reading, NHRA drag racing and had a deep love for animals, especially his dogs.