Memorial services for Shirley M. Yokiel of Albert Lea will be at 2 p.m. Saturday at First Lutheran Church in Albert Lea. The Rev. John Holt will officiate. Friends may greet the family one hour prior to the service at the church. Interment will be in St. Theodore Catholic Cemetery. 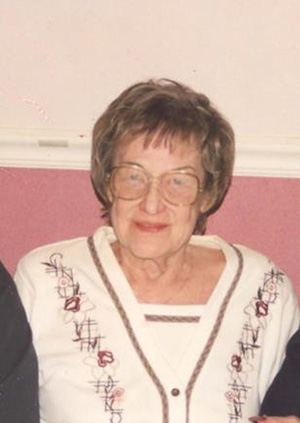 Shirley was born Dec. 22, 1934, in Story City, Iowa, where she was also baptized, the daughter of Les and Dorothy (Allen) Hendrickson. She graduated from Albert Lea High School and attended the University of Minnesota in Minneapolis.

Shirley was a member of First Lutheran Church in Albert Lea where she also taught Sunday school. She was united in marriage to David R. Yokiel on Sept. 20, 1954. To this union two children were born: son, Rick and daughter, Lori. Shirley had been employed for many years as a secretary for Drug Supply Co. in Albert Lea. She was an accomplished bowler and loved the sport in her younger years.

Shirley was a gifted and talented artist. She shared her art through Christmas cards, at Halloween parties and at the Stables Supper Club. Shirley loved and enjoyed her art.

She was preceded in death by her father Les Hendrickson; daughter Lori; and first husband Kelly; father and mother-in-law Leo and Hazel Yokiel; brothers-in-law Paul Yokiel and Chuck Krueger.

Special thanks go to the staff at the Thorne Crest short-term care unit and all of the Hospice workers.