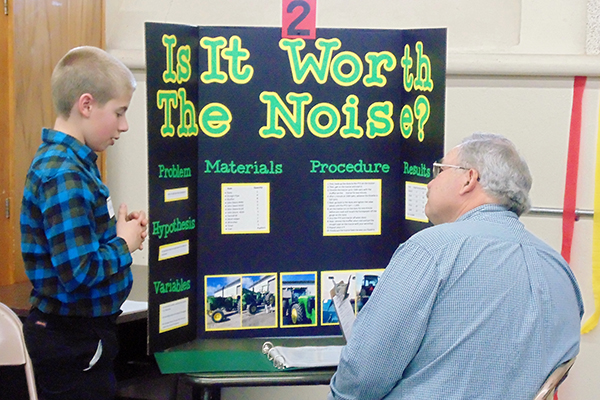 After months of preparation, the projects of the fifth- and sixth-grade students at St. Casimir’s School in Wells were unveiled for public viewing during the SCS Science Fair that was March 25 at the school. Students Caldyn Huper, Nancy Pichardo and Cole Wright achieved blue ribbon status on their projects and will have the opportunity to advance to the South Central Regional Science Fair that will be April 25 at Minnesota State University. Area residents Erin Bias, Brian Bias, Randy Feist, Ryan Feist and Bryan Stenzel served as judges. – Provided