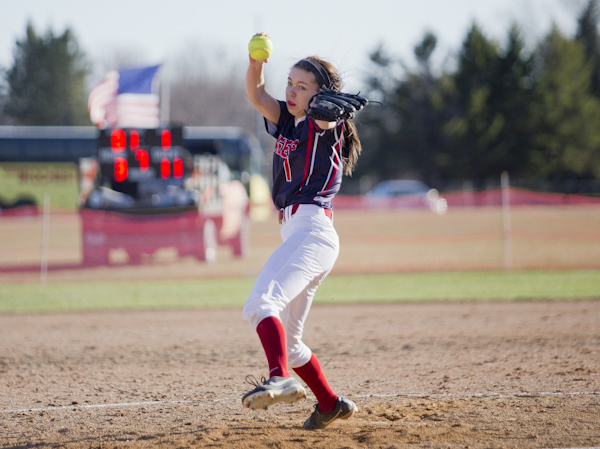 The going was tough for the Albert Lea softball team in their home opener.

“We didn’t have the hitting power they did,” said Albert Lea head coach Dan Harms.

The Tigers managed to bring in two runs in the first inning, one in the fifth and another in the seventh.

Rochester dominated at the plate with three runs in the first inning, two in the third, two in the fourth and four in the fifth.

In four at-bats, Taylor Thompson had one run on two hits, as well as an RBI. Meliza Lopez was one for three with one run, and was the first of the Tigers softball team to score a home run this season. Both Megan Kortan and Veronica Silva were each one for three and had one run apiece.

Harms said Rochester pitcher Erin Ziebarth had a changeup that his team seemed to have trouble hitting, and that it was something they’d need to improve upon. He also said that Monday’s game was not the team’s best defensively.

Haley Harms took the mound for Albert Lea and pitched all seven innings. After pitching against 36 at-bats, she allowed 14 hits, 11 runs with seven of them earned, had two walks, two strikeouts and hit one batter with a pitch.

“I think Haley would take a couple of those pitches back,” said Dan.

Next, the Tigers will play at 5 p.m. today at Mankato West, before hosting Owatonna at 5 p.m. Thursday. 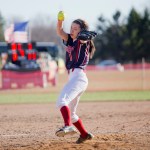 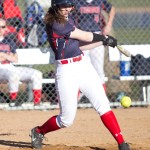 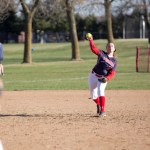 The Tigers’ Megan Kortan throws to a teammate in between innings during Monday’s game against Rochester Century. – Colleen Harrison/Albert Lea Tribune 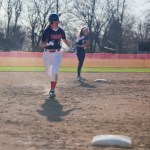