Tyler “DaddyTy” Turner was born Feb. 6, 1987, in Albert Lea, the son of Teresa Lynne (Turner) Yackel. Tyler attended high school in St. James where he played as a lineman on the St. James Saints football team. He was also playing for the Albert Lea Grizzlies football team. 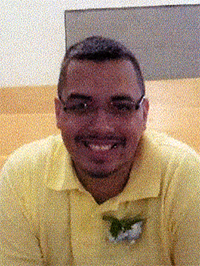 On Aug. 27, 2010, Tyler obtained his General Education Diploma. He was employed with Nortech Aerospace Systems in Blue Earth, where he was quickly promoted from entry level to an office position as an assistant engineer technician.

Tyler was a man of many words and emotions. He had a heart as big as a football field and would do anything for anyone. He was witty, sarcastic and loved to joke. Tyler was one of the best people to go to for vehicle and computer maintenance. He loved his Chevy vehicles along with his S10 trucks. He will be missed by many.

There will be a celebration of life in memory of Tyler S. Turner from 6 to 8 p.m. May 2 at Edgewater Bay pavilion.