A memorial service for Warren “Red” Jean, 93, of Albert Lea will be at 10:30 a.m. Friday at Bayview/Freeborn Funeral Home. The Rev. Mark Neithammer will officiate. Interment will be in Hillcrest Cemetery with military honors accorded by members of the American Legion and VFW honor guard. Visitation will be from 5 to 7 p.m. Thursday at Bayview and one hour prior to the service on Friday. Online condolences are welcome at www.bayviewfuneral.com. 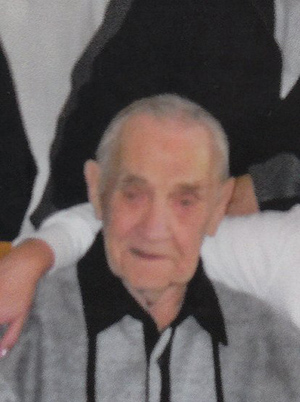 Warren O. “Red” Jean was born on Nov. 24, 1921, in Williams, Iowa, the son of Arthur and Helen (Wicks) Jean. He grew up and went to school in Iowa. Red served his country in the U.S. Army during World War II.

On Dec. 27, 1946, he was united in marriage to Marlys K. Bolstad at the Little Brown Church in Nashua, Iowa. The couple moved to Minnesota in 1950. Red worked for Wilson & Co. and following their closure, worked as a carpenter for Bruce Stolaas. Red was a member of Salem Lutheran Church. He was also a member of Alcoholics Anonymous with over 60 years of sobriety. He enjoyed playing pool and traveling. Red and Marlys enjoyed spending winters in Texas.

Red was preceded in death by his parents; his wife, Marlys; son-in-law, Charles Runkle; and his sisters Jeanette (Clint) Hanson, Pat Nelson and Lenore (Cleo) Bauldry.