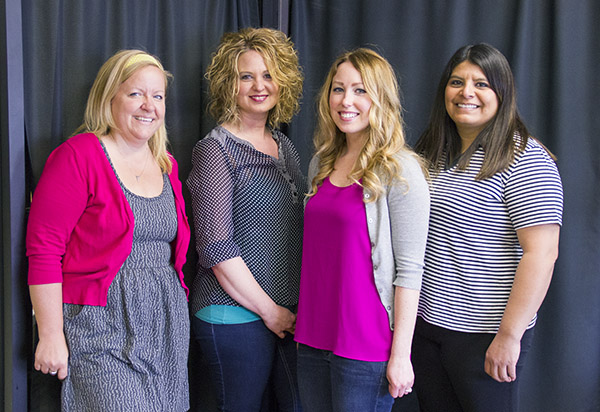 Kelly Gau, left, Carrie Hershey, Jenny Sather and Elida Soto have all started businesses in the Knutson building on Newton Avenue. Gau has an art studio, Hershey and Sather have a hair salon and Soto has a massage therapy studio. – Sarah Stultz/Albert Lea Tribune

Four area women have taken their dreams and opened up their own shops in downtown Albert Lea. 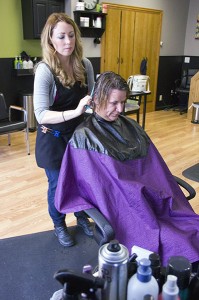 Housed in what’s known as the Knutson building on Newton Avenue, two of the women have a salon, one has a massage therapy business and the other an art studio.

With the addition of two of the businesses in the last few months, the Knutson building only has one office suite that needs to be filled, said Lanier Pratt of Complete Property Managers, which owns and manages the building and is also moving into a front suite of the building at the start of May.

Carrie Hershey said she and Jenny Sather opened JC Salon last May and were attracted to the space because of the appeal of being downtown.

They said they worked at a salon previously together, but wanted to open one of their own to offer more personalized services.

Hershey and Sather said they have been excited to see new businesses fill up the downtown. 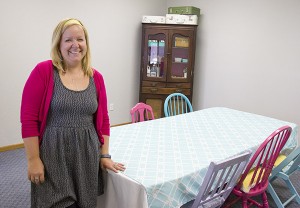 Kelly Gau of Lake Mills said she got her space in March after previously running her studio and art classes out of her home. She is planning on an opening for May 1.

“I love Albert Lea,” noting she calls the city her second home because she attends Crossroads Church here.

Gau said in her suite she will have art classes in the back by appointment, and in the front she will have studio, along with her art on display.

“This is a real big step coming out here,” she said. “The culture down here is super fun, and business owners have been so supportive.”

Formerly in children’s ministry at Crossroads Church, Gau, who has showcased her work in Wind Down Wednesday, focuses on mixed media with a religious undertone. She said her classes offer a step-by-step guide to making creations. 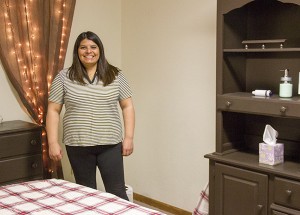 Elida Soto opened Serenity Touch Massage in March, but she was doing massage therapy for two years prior to that out of a chiropractor’s office.

Soto, also of Lake Mills, was certified in massage therapy from Riverland Community College in 2013. She said she moved to the Knutson building for a new atmosphere and to have more space.

She found out about the opening from her best friend who has her hair done by Hershey at JC Salon.

She wanted to let people know she practices many types of massage, including hot stone massage and cupping, along with prenatal massage.

“My big thing is I like to educate people,” she said. “A majority of what I do is therapeutic.”

The women said they have tossed around the idea of having a ladies’ night in the future, where people could go to each business in one evening.

Pratt said Complete Property Managers is excited about the amount of interest in the growth in the downtown and that is why it jumped at the chance to manage the Knutson building for an investment group.

He said the company is focusing on “solidifying the commercial spaces and bringing the building back to prominence.”

“In doing so, we hope to continue the growth in the downtown area,” Pratt said.

He said presently there are no plans to rename the building.