Funeral services for Ann Schmidt will be at 1 p.m. Friday at Bonnerup Funeral Service in Albert Lea. The Rev. Timothy T. Reker will officiate. Visitation will be from 4 to 6 p.m. today as well as one hour prior to the service Friday. Interment will be in Freeborn Cemetery. 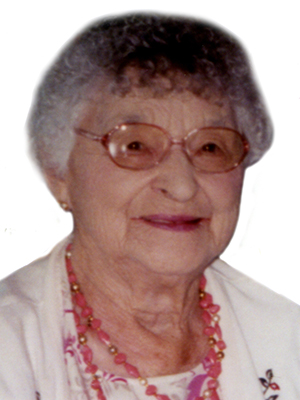 Amelia “Ann” Schmidt, 94, of Worthington died Monday, May 25, 2015, at the South Shore Care Center in Worthington.

She was born on Aug. 9, 1920, to Rose (Kulink) and Michael Sabinash near Buchanan, North Dakota. She grew up and attended country school near Spiritwood, North Dakota.

Ann married Philip Cichos on Aug. 24, 1939, at Windsor, North Dakota. They came to Minnesota and farmed near Easton. Later, they moved to Freeborn where they farmed as well. She moved to Worthington in 1965 and worked at Campbell’s Soup Co. until she retired.

In her free time, Ann enjoyed tending her flowers, doing puzzles, creating intricate embroidery and reading books. With a smile on her face, Ann was a fearless lady with great sense of humor.