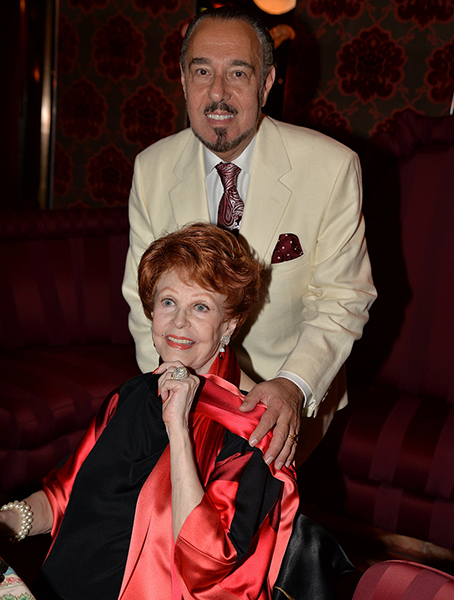 A recent photo of Arlene Dahl and Marc Rosen. -Provided

Generally regarded as one of the classic beauties to grace the big screen throughout the ’40s and ’50s, Arlene Dahl’s career extended beyond the reach of the camera.

“I’ve had many different careers,” said Dahl from her home in New York. “I was a writer for 20 years with a beauty column in the Chicago Tribune which was syndicated in 180 newspapers around the world.”

As an author, Dahl has penned 14 books and is currently working on more including an autobiography. She was also the vice president of an advertising agency and, in the 1960s, Sears hired her to visit their stores to offer customers beauty makeovers. 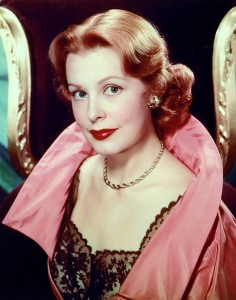 A publicity still of Arlene Dahl from the 1940s. – Provided

“They are commonplace on many TV programs now,” she noted. “I also created my own perfume fragrance — Dahlia — before anyone else. So I started it all!”

Dahl said she can possibly trace her interest in performing to Minneapolis where, as a 5-year-old, she first experienced the joy of an appreciative audience during a family picnic at Minnehaha Falls.

“My father put me up on a picnic table and asked me to sing. After hearing the applause they couldn’t get me down.”

At 17, she was discovered by Jack Warner who spotted her singing and dancing on Broadway during the 1945 opening of “Mr. Strauss Goes to Boston.”

“He came backstage and invited me to Hollywood to make a screen test, but I declined,” said Dahl, who expected the play to extend into a long run.

Moving to Hollywood, the cameras loved Dahl and audiences fell for her flaming red hair and trademark beauty spot. She went on to appear in over thirty films, including three with Red Skelton.

“He never stuck to the script, ever,” Dahl recalled. “I just followed whatever he did and that’s why he liked to work with me because I was spontaneous, too.”

The first day’s shooting with Mason was tense, however. “He didn’t want me for the part. I found this out two days before I went to New Mexico to shoot the cave scenes at Carlsbad Caverns.”

But her professionalism impressed Mason.

“He came to my dressing room after our first scene to tell me I had done well. That was like an Academy Award from James Mason, and everything was OK after that.”

Everything, except the hazards on the set.

“I almost died in the underground ocean scene where the boat was going round in circles and waves were rocking it,” recalled Dahl. “Giant water balloons were supposed to hit our backs but they hit me in the face, knocking me out. I woke up in the hospital with James and Pat holding my hand.”

Between the early 1950s and the mid-1970s, that hand was given in marriage to several suitors, including to well-known actors Lex Barker and Fernando Lamas — father of heartthrob actor Lorenzo Lamas. Today, Dahl is happily married to Marc Rosen, founder of Marc Rosen Associates, a New York firm specializing in the design and packaging of luxury cosmetic products.

“I was working at Revlon and a friend suggested meeting Arlene and I ended up designing the bottle and packaging for her Dahlia perfume,” explained Rosen. “We became great friends and despite our 18-year age difference, were married. People said it wouldn’t last. Well, we just celebrated our 30th anniversary and proved them wrong!”

“I’ve lived a very full and happy life, although there have been ups and downs,” said Dahl. “Many people don’t know about some of my experiences, but they’ll be in my autobiography. You have no idea the stories I can tell … and will!”

Nick Thomas teaches at Auburn University at Montgomery, Ala., and has written features, columns and interviews for over 550 magazines and newspapers.