Funeral services for Beatrice Harriet (Christenson) Stensrude will be at 11 a.m. Friday at First Lutheran Church in Albert Lea. The Rev. John Holt will officiate. Visitation will be one hour prior to the service at church. Interment will take place at Salem Lutheran Cemetery in Lake Mills. Bonnerup Funeral Service is assisting the family with the arrangements. 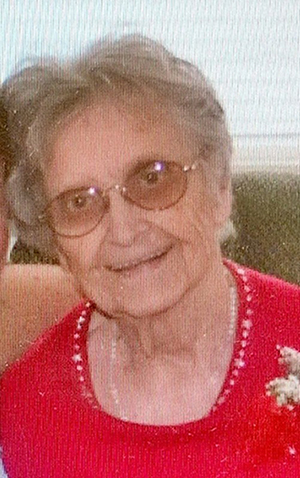 Beatrice was born on June 20, 1925, in Freeborn County, the daughter of Thomas and Anna (Tufte) Christenson. She grew up in Albert Lea and attended Albert Lea schools.

On Dec. 4, 1943, she was united in marriage to Alfred B. Stensrude in Owatonna and they spent their lives together in Lake Mills and Albert Lea.

Beatrice worked at Albert Lea Country Club and Land-O- Lakes. She enjoyed baking, playing cards, winning at the game of Farkel and — most of all — spending time with family and friends.