Funeral services for Charlie Thiner will be at 11 a.m. today at St. Theodore Catholic Church in Albert Lea. The Rev. Timothy T. Reker and Deacon Mike Ellis will officiate. Visitation was from 5 to 8 p.m. Thursday at Bonnerup Funeral Service in Albert Lea and will be again one hour prior to the service at church. Interment is planned for a later date. 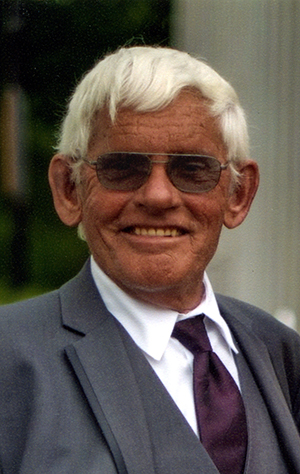 Charles “Charlie” Thiner of Walters passed away peacefully on Monday, May 11, 2015, at his home. He was 68. Charles was born on April 22, 1947, in Wadena, to Edith and Frank Thiner. He grew up in Brewster, graduating from Brewster High School.

He lived in Minneapolis and Shakopee before settling down in the Kiester area. On Sept. 20, 1980, Charlie married Margaret “Marge” Wurtzberger in Sleepy Eye. Together they made their home near Mansfield. Charlie and Marge belonged to St. Casimir’s Catholic Parish in Wells and St. Theodore Catholic Church in Albert Lea.

Charlie worked at Mansfield Meats before working at Borderline for over 20 years as a carpenter. He was also a member of the Eagles Club for many years.

He is preceded in death by his parents; two brothers; and one sister.

He is survived by his loving wife, Marge; children Anita (Josh) Petersen and Dan Thiner (special friend, Nate); 10 siblings; and 12 brothers-in-law and sisters-in-law.