Couples will face off in event for area Habitat for Humanity 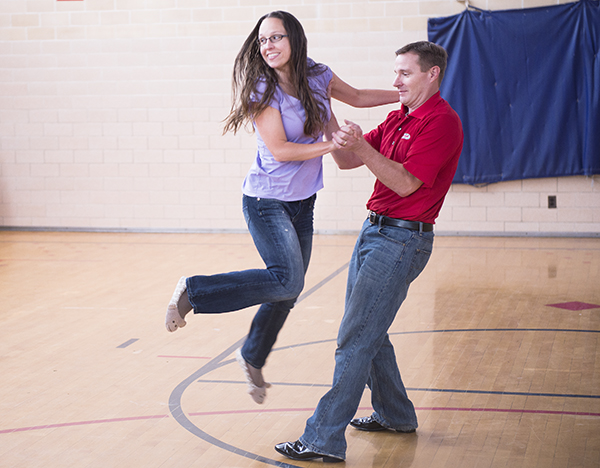 A number of Freeborn and Mower county residents are getting ready to dance for a cause.

Habitat for Humanity will have its first Dancing with the Freeborn-Mower Stars event at 7 p.m. Saturday in the Albert Lea High School auditorium. The fundraiser has benefited the Red Cross in years past, but according to Habitat for Humanity’s Freeborn-Mower Executive Director Brigitte Fisher, volunteers with Red Cross approached her organization about taking over the event so that it would continue on. She said Habitat was more than happy to do so. 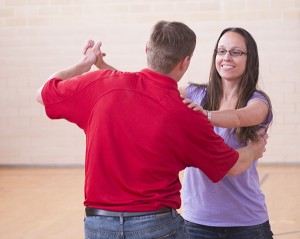 The Petriks have been practicing for 12 weeks in preparation for Saturday’s Dancing with the Freeborn-Mower Stars event. The event is a fundraiser for Habitat for Humanity. – Colleen Harrison/Albert Lea Tribune

Tickets for the event are $15 per person and can be purchased at Hy-Vee in both Albert Lea and Austin, as well as the Habitat ReStore in Austin. Proceeds will benefit Habitat’s mission of building safe and affordable homes, said Fisher, and 10 percent of Saturday’s earnings will go toward building homes in Tanzania.

One couple that will appear in Saturday’s show is Diane and Mark Petrik of Austin. Diane is a certified public accountant with CliftonLarsonAllen in Austin and Mark is manager of support services at Hormel Foods in Austin. The couple has three sons: twins Alex and Blake, 11, and Kyle, 8.

Diane said the couple, who will be dancing the foxtrot, has been practicing for the past 12 weeks and they’ve had a lesson on nine Sundays out of those 12 weeks. Other than the lessons, the Petriks have made a point of practicing on their own at least once a week. They’ve been practicing at Banfield Elementary School where their youngest son, Kyle, goes to school.

For the Petriks, the biggest concern leading up to Saturday is nerves.

“We know our routine,” said Diane. “We just need to keep the nerves away on performance night.” 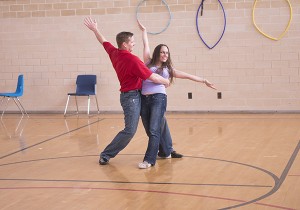 The Petriks have been married for 16 years and live in Austin with their three sons. Mark Petrik is manager of support services at Hormel Foods in Austin and Diane Petrik is a certified public accountant with CliftonLarsonAllen in Austin. – Colleen Harrison/Albert Lea Tribune

The couple hasn’t had any dance experience in the past, but said their instructor has worked well with them.

“It’s been a great experience,” said Mark. “We hope to put on a good show.”