Dealing with puppies in the garden 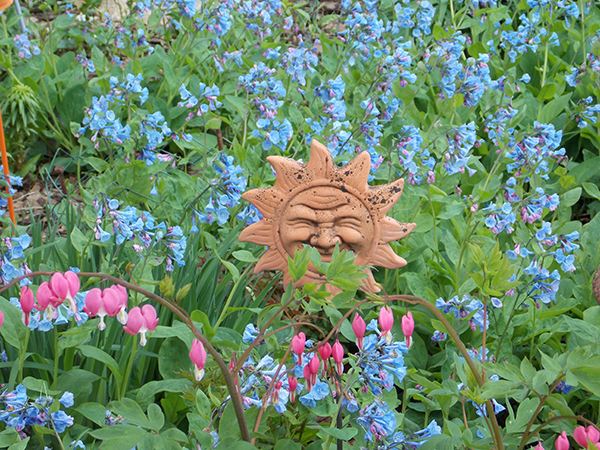 A familiar loud warning can be heard coming from me when Roosevelt heads straight into one of the gardens, “Roosevelt, get out of the gardens!”

I’m sure all of the neighbors must be tired of hearing this warning uttered so many times every day. Roosevelt just passed another milestone in puppyhood as he celebrated his 10-month old birthday this past week. At times he seems very mature for his age, however that puppy behavior is quite evident. If you have owned a puppy and a garden at the same time you know that they are not always compatible.

When we decided to purchase another puppy after three years without a dog the first thing that came to mind was what could happen to my gardens until he becomes an adult. You see he is not a small dog by any means and thankfully he isn’t a large dog, but as in the Three Bears he is just the right size. Weighing in at close to 45 pounds and having rather large feet, he can definitely trample even the hardiest of flowers. Not to mention what happens to newly sprouted seedlings. Walking through the gardens is bad enough, but anyone who knows about the Beardie bounce knows that a puppy with boundless energy can bounce quite high in the air as he maneuvers the yard and gardens. 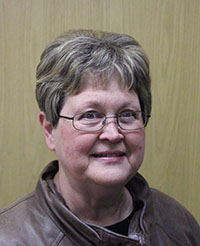 One day I was planting flowers in the Victorian garden and the rascal decided he had not had enough exercise just walking the trail with my husband that morning. He wound up his energy and bounded across the lawn. He leaped through the cutting garden in one big stride, landing on the newly planted queen red lime zinnia seedlings along the driveway garden. This gardener was not very happy. I immediately scolded him and called him so that he could be put in the fenced backyard. Dare I say that Beardies have a mind of their own? Another leap and he was headed back through the garden, gaining speed as he ran the length of the yard leaping and bounding as he went. Two more warnings of “come here,” were met with more speed as he looked like he was running a track and field event. He was determined to be the winner and come in first.

Finally, with the help of my husband, we corralled him and took him by the collar to the fenced backyard so I could continue to plant flowers without the dog trampling them down. Most of the time he is very well behaved. When he is called he will come or stop what he is doing when told “no.” Our backyard is a certified wildlife habitat and we have lots of squirrels that love raiding the birdfeeders to eat the seeds. If Roosevelt spots one he will chase them to the tree in the far back part of the yard where they think they will be safe from this four-legged squirrel chaser. Unfortunately he likes to run in a straight path to fend them off from reaching the tree. That means he runs at full speed through the middle of the oval garden. I did manage to move the birdbath to the side so he has only a very narrow path to run through this garden, but when the lilies are up he will be right in the thick of them.

Are we sorry we brought home another puppy? Not on your life! He is so much fun to have around and he loves people, sometimes a little too much, but getting him through the puppy stage certainly can be a challenge. I have had to be very careful about what plants are poisonous to dogs, like digitalis, and I watch him carefully when he is around them. I do have them in a part of the garden where the rosebush (with lots of thorns) will deter him from entering the area.

Our biggest challenge with him has been when he needs to heed the call of nature as it has become a game with him of “find the poop.” You see he doesn’t poop on the grass, heaven forbid that would be too obvious. Instead he heads to the furthest part of the yard waddles into the elevated beds and turns around and poops among the flowers and in the dark brown mulch, now try and find it.