Dean A. Prantner, 68, of Austin died Thursday, April 30, 2015, at St. Mark’s Assisted Living.  A memorial service will be at 2 p.m. Saturday at Trondhjem Lutheran Church in rural Austin. Military rights will be accorded by Glenville American Legion Post 264. Worlein Funeral Home of Austin is assisting the family with arrangements.  Condolences may be expressed to the family online at www.worlein.com. 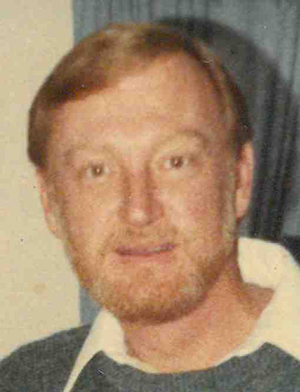 Dean was born April 15, 1947, in Austin to Emil A. and Beverly J. (Hartley) Prantner.  He was baptized and confirmed at Trondhjem Lutheran Church in rural Austin.  Following his 1965 graduation from Austin High School, Dean attended Austin Community College where he received a two-year degree in banking. In 1966 he joined the U.S. Army as a paratrooper. Over the years Dean worked as a banker in Illinois and Iowa. A member of ECBJ, he was interested in astronomy, enjoyed woodworking and loved his dog, Fred. An avid outdoorsman, Dean also enjoyed hunting and fishing.

Dean is survived by his parents Emil and Beverly Prantner of Austin; his children Alisa (Raymond) Pontarelli of Arlington Heights, Illinois, Kara Prantner of Iowa City, Iowa, and Jason (Gretchen Gudmundsen) Prantner of Seattle; his five grandchildren, Addison Prantner, Christian Pontarelli, Lauren Pontarelli, Max Prantner and Harriet Prantner; his sister, Marsha (Steven) Wilcox, of Livermore, Colorado; and nieces, nephews and other relatives and friends. He was preceded in death by his grandparents.