Editorial: Tigers earn the No. 1 seed 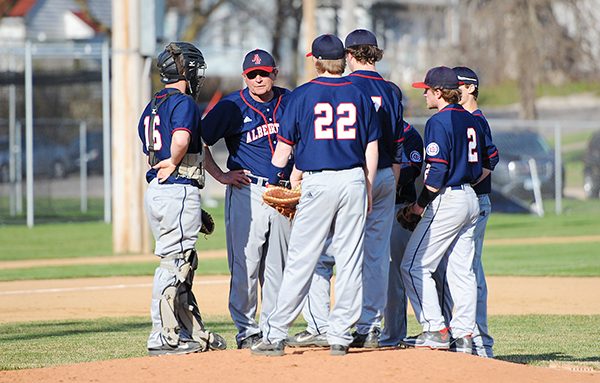 Congratulations to the Albert Lea baseball team for securing the No. 1 seed in the Subsection 2AA South bracket. The Tigers deserve it.

After the Albert Lea’s softball team had the best ranking in its subsection according to MinnesotaScores.net’s Quality Results Formula but fell to the No. 4 seed, we weren’t sure what to expect for baseball.

A 3-0 record in the section may have helped as well.

There’s no questioning that a win over Rochester John Marshall, a school with an adjusted enrollment of 1,329 that finished second in the Big Nine Conference standings with a 15-5 record, looks better on a resume than a win against a school with a lower enrollment in a smaller conference. The numbers are vastly different.

It’s a wonder that Albert Lea and Waterville-Elysian-Morristown are in the same subsection, when Albert Lea has more than three times as many students enrolled.

In an attempt to curb the enrollment disparity, the Minnesota State High School League added a class for the 2015-16 and 2016-17 seasons.

The Tigers have a well-coached and talented team with a perfect section record.

Pack the stands to cheer on Albert Lea in the Subsection 2AA South quarterfinals against Maple River at 5 p.m. Friday.