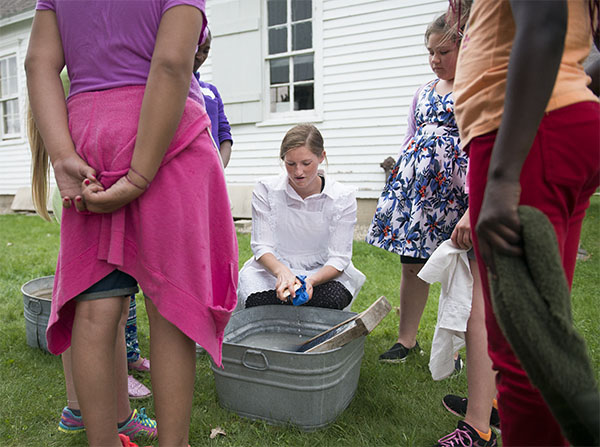 Discover History was at the museum village Tuesday and Thursday, but the damp and cool weather didn’t dampen any spirits.

Fifth-graders from schools in Freeborn County came to learn from students in Jim Haney’s Humanities Social class. The class is for 11th-graders and is a College in the Schools class. About 180 fifth-graders visited on each day according to Pat Mulso, executive director of the museum.

The fifth-graders could learn from 16 different topic areas, including transportation, immigration, school, agriculture, healthcare and church. Each topic area had three hands-on activities for the fifth-graders to participate in.

Students were washing clothes, planting seeds, sawing wood and beating rugs. There was even a criminal running around the village, and when students spotted her they yelled for the police to come and arrest her.

The project, which is in its 18th year, involved the 11th-graders researching topics, working with a mentor and creating a lesson plan, Haney said. That lesson plan is executed during the Discover History event.

What was interesting to Haney was seeing some of his former students come to the event, either as teachers or chaperones, and he said he talked to them about the projects that they were involved in when they were in his class.

The project is multigenerational, Haney said. Students must work with their mentor, their partner and the fifth-graders. These three groups span different generational gaps.

He also said students in his class learn skills in presentation, research, speaking and flexibility.

Others find out they aren’t very good at teaching, he added.

Above all, Haney said, both the fifth- and 11th-graders learn more about history.

All the fifth-graders in Freeborn County get to experience Discover History, Mulso said, and she said that says a lot about the community to support an event like this.

Mulso, who is in her 11th year with the Discover History event, thanked the 32 adult mentors who helped the 11th-graders with their projects as well as the volunteers. 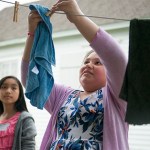 Freeborn County fifth graders hang clothing up to dry on a clothes line after washing them by hand, just like pioneers did. — Colleen Harrison/Albert Lea Tribune 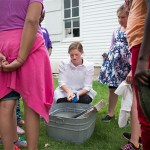 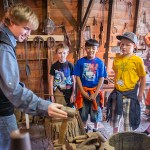 The trade of being a blacksmith and welder was one of many that area fifth graders got to learn about Thursday during Discover History at the Freeborn County Historical Museum. — Colleen Harrison/Albert Lea Tribune 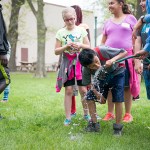 Students drink from a garden hose in attempts to mimick drinking from a spigot or a water pump like early settlers would have had to do. — Colleen Harrison/Albert Lea Tribune 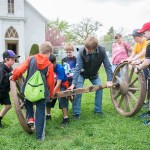 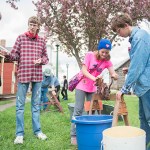