George Henry Wangsness Jr., 66, of Wells died Sunday, May 3, 2015, at St Marys Hospital in Rochester following a courageous battle with lung disease. A memorial service will be at 11 a.m. Thursday at Community Lutheran Church in Geneva. Visitation will be from 4 to 7 p.m. Wednesday at Bruss-Heitner Funeral Home in Wells and will continue one hour prior to service at the church on Thursday. Interment will be at Hillcrest Cemetery in Albert Lea and the Rev. Kristen Venne will officiate. Bruss-Heitner Funeral Home of Wells is in charge of arrangements. Please see www.brussheitner.com to leave online condolences. 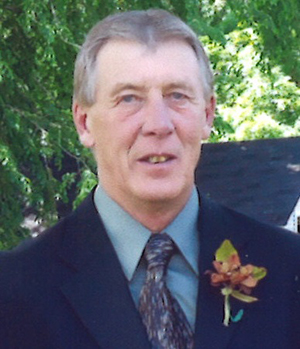 George Henry Wangsness Jr. was born Aug. 2, 1948, in Albert Lea, the son of George Sr. and Charlyne (Horan) Wangsness. He was united in marriage to Naomi Crabtree on April 14, 1969. The couple later divorced. He honorably served his country in the United States Army from 1968 to 1970. George worked at Hi-Yield in Hartland and Alden for many years, until his retirement in August of 2013. George enjoyed farming and watching Nascar races and westerns. He also loved spending time with his grandchildren and nieces and nephews.

George is preceded in death by his parents; son in infancy, Eric; and Kari’s father, Jerry Johnson.