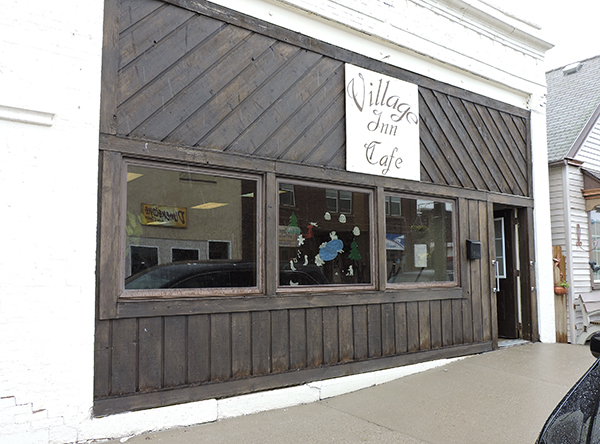 The Village Inn Cafe in Hartland has a new owner but will keep its name when reopening later this year. – Kelly Wassenberg/Albert Lea Tribune

HARTLAND — The Village Inn Cafe had been a mainstay in the Hartland community for nearly 30 years before closing in December.

Customers, however, can rest assured that the closure is only temporary.

The restaurant was purchased at the end of April by Albert Lean Ellie Bowman, who plans to reopen the restaurant by late summer or early fall.

Until then, she said there’s a lot to do. Cleaning, painting and redoing the floors are just a few of the projects she has planned for the coming months.

One thing that won’t see too much of an overhaul is the menu. While many of the restaurant’s staple items will be staying, Bowman intends to bring a little bit of an Asian flare to the home-style menu by adding dishes like fried rice and egg rolls.

The cafe is the third business Bowman owns and operates in the area.

Bowman is the owner of two Kay Nails locations in Albert Lea. She wasn’t even looking to get into the restaurant business before she happened to hear rumors of the cafe possibly being sold while at a hair appointment across the street.

Bowman, who grew up in family-owned restaurants, said she mulled over the idea of purchasing it for almost a year before making her move, yet she has no intentions of getting out of the nail salon business anytime soon. She insisted the salons will continue to be her primary focus as she splits her time between each of her business’s locations and entrusts her management team to take care of things in her absence.

The Village Inn Café could reopen as soon as August or September and will serve breakfast and lunch Monday through Saturday as well as dinner three days per week.