I’d like to respond to an editorial recently published by the Albert Lea Tribune that suggests Minnesota House Republicans aren’t doing much for Greater Minnesota this session. 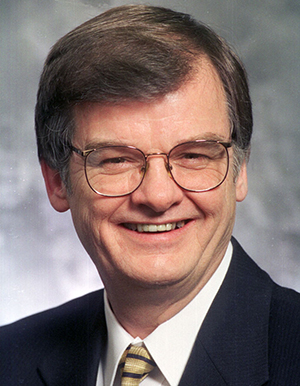 True, our agenda may not fully meet the needs of the Twin Cities lobbying organizations who have been feeding their rhetoric to various newspapers. However, the top issues being pushed by these special interests this session are not the only issues important to rural Minnesotans.

To provide a bit of balance, I will highlight some of the many proposals for Greater Minnesota that have already been approved by the full House so far this session.

In K-12 Education, we’ve provided rural schools with a larger per-pupil funding increase than in the Twin Cities, as non-metro schools would receive an additional $193 per student, and we’re also supporting provisions that give schools more local control.

Our rural nursing homes have faced funding inequities for decades. The House has approved legislation that gives them the largest funding increase in a generation. In Albert Lea alone, our bill would provide St. John’s Lutheran Home with $2.3 million, the Good Samaritan Society with $1.6 million and the Thorne Crest Retirement Center with $551,000. There’s also a five percent rate increase for home and community based services across Minnesota.

In transportation, we dedicated $6 billion for state, county and municipal roads; $139 million for Greater Minnesota transit; and allocated new street funding for small cities with populations under 5,000 — all without raising taxes.

From the jobs area, we’re funding the Greater Minnesota Business Development Public Infrastructure Grant Program, a DEED program that gives grants to Greater Minnesota businesses to train their workers; and a manufacturing extension service through MnSCU to train manufacturers for regional needs.

In agriculture we’re providing funds to address the avian flu outbreak that is devastating turkey growers and revenue that could go to reimburse chicken and turkey producers and processors for their losses.

There’s also a provision that helps create three production-based bioenergy grant programs administered by the Minnesota Department of Agriculture. At full capacity, bio-based industrial product facilities have the potential to create $800 million in economic activity in our state, according to the University of Minnesota Extension Service.

We also addressed rural landowner concerns about school construction bond issues by cutting their property tax obligations in half and removed the state general tax for all business property under $500,000 in value, which will greatly assist Main Street business owners in Greater Minnesota.

There’s also our tax bill that will positively impact rural Minnesota families in a number of ways, including a new Minnesota personal or dependent tax exemption that could save a middle-class family of four more than $500 over the next two years; a social security tax phase out; preventing military pay and pensions from being subjected to the income tax; and a new tax credit for college students on principal and interest loan payments.

Just because a paid special interest spreads its rhetoric doesn’t make that rhetoric fact. I have been serving southern Minnesota in the House for 20 years, and I have never seen a caucus prioritize Greater Minnesota in so many different ways as this one has.

In a few short days the 2015 session will come to a close, and while some high-salaried lobbyists might not get everything they want, I’m confident middle class rural Minnesotans will be pleased with the final outcome.