Man stopped at Diamond Jo after incident in March in Ames

A Burlington, Iowa, man arrested in Austin in March after robbing a bank in Ames, Iowa, is heading to prison.

The Ames Tribune reported that Kirk Matlock, 55, was sentenced to 10 years in prison for a March 18 incident where he demanded money from Midwest Heritage Bank inside a Hy-Vee at 640 Lincoln Way in Ames. He was charged with first-degree theft and second-degree burglary. 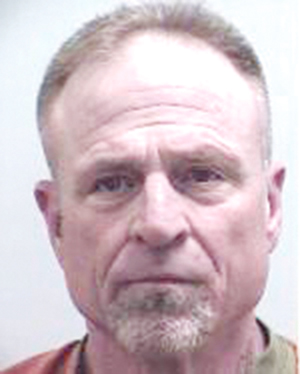 Austin police arrested Matlock at the Econo Lodge at 3303 Oakland Ave. W. in Austin at about 3:43 p.m. March 19, a little more than 20 minutes after police found a Chevy S-10 pickup truck Matlock allegedly stole in the hotel’s parking lot. Officers arrested him in a hallway, according to Austin Police Chief Brian Krueger.

After Matlock demanded money from Midwest Heritage Bank in Ames, Matlock spent the night at a hotel in Mason City, Iowa, before he went to Diamond Jo Casino south of Albert Lea the morning of March 19 to gamble.

Matlock then drove to Austin and bought a digital scale and pseudoephedrine from Walmart before he found a hotel, Krueger said.

Police executed a warrant to search Matlock’s room shortly after 8:40 p.m. March 19, where they found almost $400 in cash, several baggies with what officers suspected was meth, the scale, tubing and several chemicals commonly used to make meth.

Matlock allegedly confessed to the robbery in Ames and said he had bought the ingredients to make meth, though he said he was going to cook meth inside his stolen truck rather than his hotel room.