Funeral service for Jerald Alan Cartin, 66, of Hollandale will be at 10:30 a.m. Saturday at St. Mary’s Catholic Church in Newry Township. The Rev. Adam McMillan will officiate. Interment will be in St. Mary’s Cemetery, with military honors accorded by members of the American Legion and VFW honor guard. Visitation will be one hour prior to the service at the church. Bayview/Freeborn Funeral Home is assisting the family. Online condolences are welcome at www.bayviewfuneral.com.

Jerald died on Monday, May 18, 2015, at the Veterans Affairs Medical Center in Minneapolis. 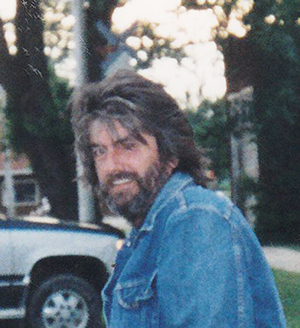 Jerald Alan Cartin was born on July 12, 1948, in Owatonna, the son of Thomas and Ethel (Borchard) Cartin. He also considered Bob and Norma Long as parents. He grew up and graduated from Blooming Prairie High School in 1966. Following high school Jerald served in the U.S. Army in Vietnam. After his time in the service he worked various jobs. He was a tree trimmer and a custodian at the Waseca County Courthouse. Jerald went back to school and earned his welding certificate. He worked for Crossroads Trailer after finishing school. He has been the owner and operator of his own trucking business since 1979, recently retiring due to health concerns. Later in his life he enjoyed farming with the Kuethe family on their farm. Jerald was a member of St. Mary’s Catholic Church and a life member of the Harley Owners Group. He gave anonymously to many charitable causes over the years. Blessed be his memory.

Survivors include his son, Thomas, of Hollandale; step-sons Todd and Travis Sailor; the light of his life, granddaughter, Liberty Anne Cartin; sisters Mary, Carol and Norma Long; and several nieces and nephews.

Jerald was preceded in death by his parents; Bob Long; his brother, Thomas; and his nephew, Mark.