Funeral services for Joseph George Bauman, 92, will be at 11 a.m. Wednesday at United Methodist Church in Albert Lea. The Rev. Tom Biatek will officiate. Interment will be in Hillcrest Cemetery. Visitation will be one hour prior to the service at the church. Bayview/Freeborn Funeral Home is assisting the family. Online condolences are welcome at www.bayviewfuneral.com. 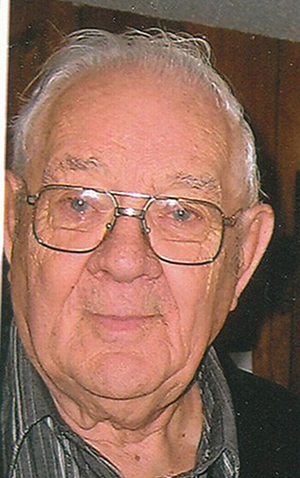 Joseph George Bauman was born on July 7, 1922, in Hartington, Nebraska, the son of Henry and Frances (Ketter) Bauman. He grew up in Nebraska and Yankton, South Dakota, where he attended school through the ninth grade. He worked at the Land O’ Lakes chicken processing plant, Harts Appliance, Donovan’s Elevator, Freeborn Foods, Wilson & Co. and retired from the Red Owl food distribution warehouse. Joe was a 50-year member of the Fraternal Order of the Eagles. He enjoyed dancing, playing cards, watching pro wrestling and watching the Minnesota Twins and Vikings.