Kick off summer: Start the grilling season with something new 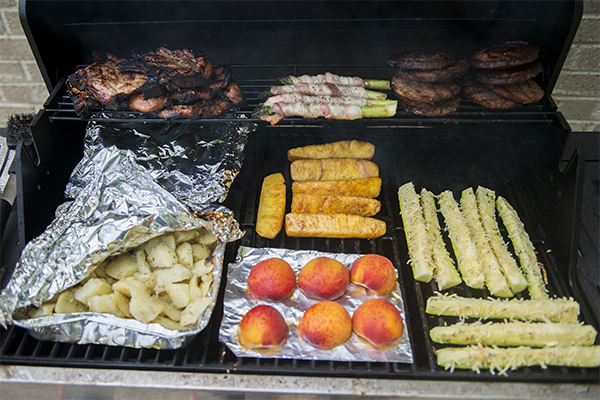 A wide selection of meat, fruits and vegetables can be grilled to create a varied, colorful meal. — Colleen Harrison/Albert Lea Tribune

Memorial Day is the unofficial start of summer, as well as the grilling season. Here are some new recipes to try on the grill for the upcoming holiday weekend as well as the summer, courtesy of the staff at the Albert Lea Tribune. 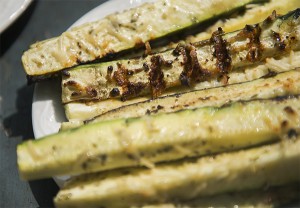 Searching for a recipe that was relatively healthy, I came across this one for a grilled zucchini on allrecipes.com. It’s sure to be a delicious addition to any meal. — Sarah Stultz

Preheat an outdoor grill for medium-high heat, and lightly oil the grate. Cut the zucchini in half crosswise, and then slice each half into three slices lengthwise, making six slices per zucchini. Mix the butter, garlic and parsley in a bowl, and spread the mixture on both sides of each zucchini slice. Sprinkle one side of each slice with parmesan cheese and place the slices, cheese sides up, crosswise on the preheated grill to keep them from falling through. Grill the zucchini until the cheese has melted and the slices are cooked through and show grill marks, about 8 minutes.

With high prices of hamburger, pork is a cheap alternative. It’s also a great way to add variety to your diet. If you can dump things in a bowl, shake a bag and light a grill without lighting yourself on fire, you can do this. Thanks to Sunny Anderson of Food Network for posting this online. — Micah Bader 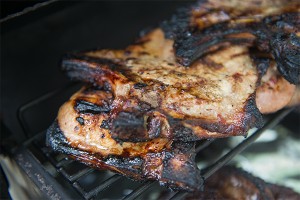 Start by mixing the marinade in a bowl. Measure everything. Insert your pork chops in a freezer bag and pour the marinade on top. Shake until the chops are covered evenly. Let it sit in the refrigerator overnight or at least for an hour. Grill on medium heat for about four minutes. Flip it over and grill for another three minutes.

I love to grill romaine hearts. It elevates the flavor of a simple ingredient without adding an abundance of heavy ingredients. I like it with a little of this recipe for an avocado and lime dressing because it’s fresh. Other variations of avocado lime dressing include hot sauce, cilantro and even ranch dressing; however, I find that letting the simple ingredients shine is what tastes best. — Crystal Miller 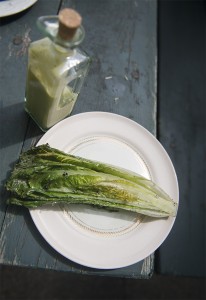 1/4 cup juice from one lime

salt and pepper to taste (use sea salt or kosher salt)

Combine all ingredients in a food processor and mix until creamy. If dressing is too thick, add more water one tablespoon at a time. Serves 2 to 3 romaine hearts with a little extra for leftovers.

2-3 romaine hearts, washed, trimmed and sliced in half

a pinch of salt and pepper

I’ll eat potatoes in just about any form, so I figured that would transfer onto the grill as well. You can’t go wrong with adding cheese and bacon, right? — Colleen Harrison 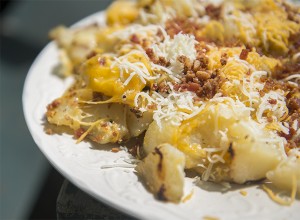 3 large potatoes, peeled and cut up into cubes

In a large bowl, combine potatoes, olive oil, Parmesan cheese and all of the spices. Put the combination in either a foil pan and cover with foil or put into a foil pouch. Make sure the foil is sealed tightly and then grill — covered — over medium heat for about 30 minutes or until potatoes are tender. Also make sure to either mix up or flip the potatoes halfway through as well. Carefully open foil and top potatoes with the cheeses and bacon. Let sit on the grill until cheese is melted and enjoy!

I like to try new recipes, especially ones that are different or interesting. I’ve never had sabayon before. I discovered French sabayon or Italian zabaione is a light, whipped custard. I’ve also never tried to grill fruit before. While this recipe was entirely new for me, it ended up being delicious. This recipe came from marthastewart.com. — Hannah Dillon 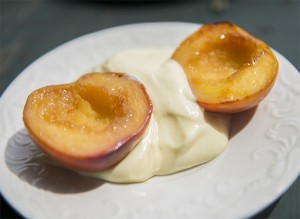 Prepare an ice bath in a large bowl. Combine egg yolks, sugar and champagne in a large metal bowl. Set bowl over simmering pot of water, making sure the water doesn’t touch the bottom of the bowl. Whisk the egg mixture until it is very thick and expanded. Don’t stop whisking the egg mixture, or you may end up with bits of scrambled egg in the custard. Immediately transfer the bowl into the ice bath and let the custard cool completely. In another bowl, whip the cream until stiff peaks form. Fold the cooled custard into the whipped cream and chill for at least 20 minutes. Heat the grill and line with heavy-duty foil. Brush the peach halves with butter and sprinkle with brown sugar. Grill until peaches are soft and sugar is caramelizing. Serve with the sabayon.

Wanting something different to make, I decided on bacon-wrapped asparagus. I found this recipe on Pinterest. — Kim Ehrich 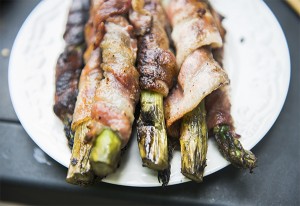 Dip a bacon strip into the olive oil or butter, then wrap around the stem of an asparagus. Repeat until all bacon is used up. Place on grill on indirect heat until bacon is done and has grill marks.

This recipe for grilled pineapple is from allrecipes.com — Kelly Wassenberg 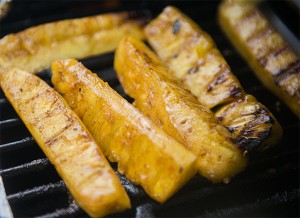 Peel, core and cut pineapple into six to eight wedges. Put pineapple in large zipper bag with brown sugar and cinnamon, and toss to coat. Grill on each side for three to five minutes. 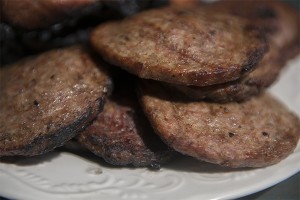