Funeral services for Lloyd Carlyle Riemer, 91, of Alden, will be at 11 a.m. Tuesday at Bear Lake Lutheran Church in rural Albert Lea. The Rev. Daphne Hamborg will officiate. Interment will be in Bear Lake Cemetery. Visitation will be from 5 to 7 p.m. Monday at the Bayview/Freeborn Funeral Home and one hour prior to the time of the service at the church on Tuesday. Online condolences are welcome at www.bayviewfuneral.com. 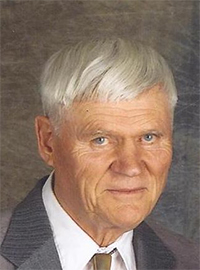 Born to Raymond Fredrick and Inez Cordelia (Hoverson) Riemer on Aug. 3, 1923, at home in Nunda Township in Freeborn County, he was baptized and confirmed at Bear Lake Lutheran Church and was a life-long member. Lloyd attended District 99 Country School and graduated from Emmons High School in May of 1940. On June 24, 1951, Lloyd was married to Dolores Irene Sorenson at First Lutheran Church in Albert Lea. 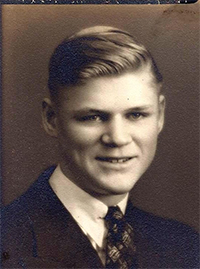 He was a farmer all of his life on the home farm in Nunda Township. He began milking cows when he was 6 years old. He was a Conger 4-H Member and later served as an adult leader. He served on the church council and was treasurer for the Bear Lake Cemetery Association for several years. He was also co-owner of Bar-R-Galloways with his son Darrell, and together they had a membership in the American Galloway Breeders Association. Lloyd enjoyed fishing and reading history. He was a great source of family and area history.

Lloyd was preceded in death by his parents and his sister-in-law, Juliann Riemer.

The family would like to especially thank Mayo Clinic Health Systems Hospice for their wonderful care and support.