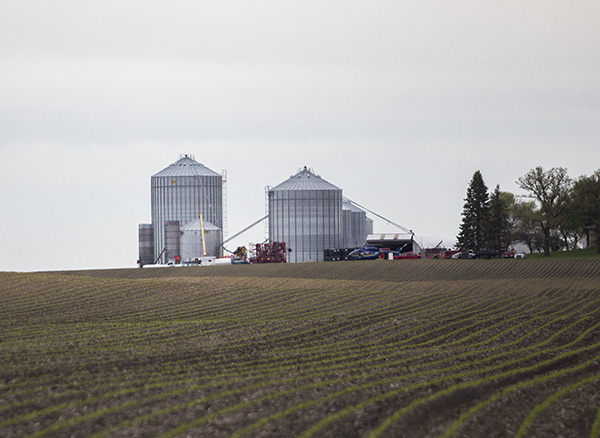 GENEVA — An Owatonna man was flown to St. Marys Hospital in Rochester Wednesday after he was reportedly stuck in a grain bin for almost two hours.

Christopher Johnson, 65, was listed in fair condition as of late Wednesday afternoon.

Johnson had reportedly gone inside the bin at 33599 815th Ave., northeast of Geneva, to move crust-layered corn that had plugged the bin. After the layer he was standing on gave way underneath him, he sunk into the corn up to his neck, according to a Freeborn County Sheriff’s Office news release.

He was able to grab onto a rope already in the bin until help arrived.

The release stated after Johnson sunk into the corn, family members put pieces of plywood inside the bin to help stabilize him so he didn’t sink further. They tried to shovel grain away from him; however, when the steep sides began to collapse around them, they called 911.

The report came into dispatchers at 9:47 a.m.

According to the release, firefighters from multiple departments responded to the address and entered the grain bin from the roof. They set up a grain bin tube around Johnson to protect him from grain falling on his head. At the same time, others cut numerous holes around the base of the grain bin to relieve pressure and reduce the threat of sinking further.

The release stated once the level of the grain was low enough and Johnson was stable, responders removed a large section of the bin to extricate him. He was then transported to the hospital.

Fire departments assisting at the scene were New Richland, Blooming Prairie, Hollandale, Clarks Grove, Albert Lea, Ellendale, Geneva and Manchester. Ellendale Ambulance and Mayo One crews were also at the scene, along with a Watonwan Farm Service grain vacuum and a crane from Broskoff Structures.

The release stated one in 18 grain bin rescues is successful. 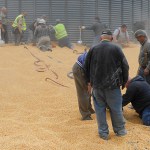 Rescue crews respond to a report of a man who was stuck in a grain bin Wednesday morning at 33599 815th Ave. – Photo courtesy Freeborn County Sheriff’s Office 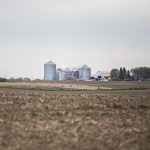 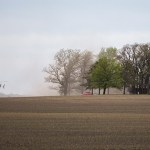 A Mayo One helicopter lands at the scene of a grain bin rescue Wednesday northeast of Geneva. – Colleen Harrison/Albert Lea Tribune 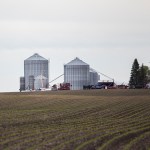