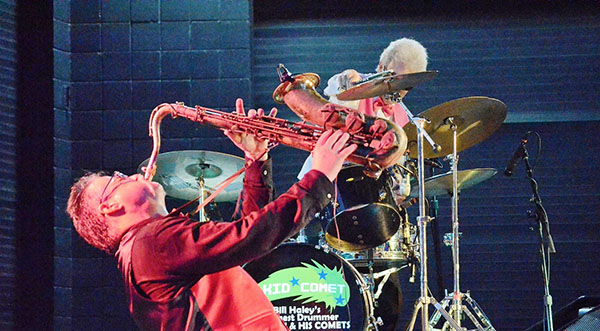 Tommy Vale, who played saxophone with Bill Haley’s Comets, continues to tour with a tribute act to the band to keep the music alive. – Provided

The music of television’s “Happy Days” that starred Albert Lea native Marion Ross is coming to her namesake theater.

“Bill Haley’s Comets by Tommy Vale” will perform at 3 p.m. next sunday at the Marion Ross Performing Arts Center on Broadway in Albert Lea. The Comets are famous for the songs “Happy Days” and “Shake, Rattle and Roll” and their biggest hit, “Rock Around the Clock.”

“I don’t know if it’s fate or destiny or luck, but it’s cool we’re going to perform at the Marion Ross,” said Denny Charnecki of Austin, who will return to his musician role with the Comets for a series of shows in Minnesota. Charnecki’s band, “Denny and the DC Drifters,” will join Vale on stage.

Vale, a saxophonist, performed as a Comet under Haley’s death in 1981, and now takes his tribute show around the world to keep the music alive. He will fly into Minnesota from Alaska and will head for Canada after the local show. Vale will tell the history of rock ’n’ roll through stories and songs. He toured with Bill Haley’s Comets for more than three decades, playing with legends like drummer Joey Kay, pianist Joey Welz, lead guitarist Franny Beecher, and bass and trumpet player Al Rappa.

“He learned the show from these pioneers of rock ’n’ roll and contributes to the success of the sound that Bill Haley’s Comets used to rock the world for over half a century,” Charnecki said. “Today, many of the Comets are still performing.”

Haley founded the Comets in 1952 and many music guides credit the group as the first white musicians to bring rock ’n’ roll to the attention of white America and the rest of the world. The group placed nine singles in the top 20 from 1954 to 1956. “Rock Around the Clock” zoomed to a place in history when used as the theme song of the 1955 film “Blackboard Jungle.” Haley and his Comets later earned a place in the Guinness Book of World Records for selling 43 million copies of “Rock Around the Clock.”

Many fans consider them to be as revolutionary in their time as the Beatles or the Rolling Stones were a decade later. The Comets performed “Rock Around the Clock” on the Texaco Star Theater hosted by Milton Berle on NBC in 1955 — one of the first nationally televised performances by a rock band. They were also the first rock ’n’ rollers to appear on the Ed Sullivan Show on CBS, also in 1955.

“That was the beginning of the whole era — the rock ’n’ roll of the Comets,” Charnecki said.

In 1956 the group appeared in two of the earliest full-length rock ’n’ roll movies with “Alan Freed: Rock Around the Clock,” and “Don’t Knock the Rock.”

The Platters were the co-stars in the first movie while Little Richard appeared in the second film.

In 1957 they appeared twice on the American Bandstand hosted by Dick Clark on ABC.

The Comets were the first American rock band to tour the world with gigs in the United Kingdom — where they were mobbed by fans — the European mainland and Australia in the late 1950s. Elvis Presley, who was stationed in Germany with the U.S. Army at the time, visited them backstage at some shows.

Charnecki has also rocked and rolled with his band, “Denny and the DC Drifters,” for many years.

In addition to performing as a Comet, his band has opened for stars like Chuck Berry and played backup for some of the biggest acts in classic rock and country music.

He holds a lifetime achievement award from the Mid-America Music Hall of Fame. Charnecki is looking forward to being back on stage with Vale.

The May 17 show is for younger rock fans interested in learning the beginnings of the genre to those looking to recapture the more innocent days of vinyl records and sock hops. 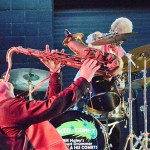 Tommy Vale, who played saxophone with Bill Haley’s Comets, continues to tour with a tribute act to the band to keep the music alive. – Provided 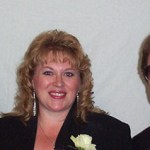 At far right, Denny Charnecki of “The DC Drifters,” worked with bassist Al Rappa (at far left) and The Comets, one of the many big-name bands he’s played with during his music career. Charnecki will return to the stage as a Comet next Sunday at the Marion Ross Performing Arts Center. – Provided 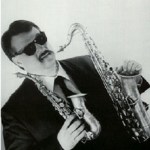 Tommy Vale, saxophonist with Bill Haley’s Comets for more than 30 years, will tell the history of this pioneer rock band through stories and songs next Sunday in Albert Lea. – Provided 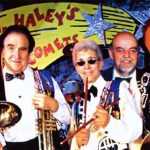 Saxophonist Tommy Vale, on the far left, is bringing the music of Bill Haley’s Comets to the Marion Ross Performing Arts Center next Sunday, including the song, “Happy Days,” theme music of the TV show that made Marion Ross famous. – Provided