Speaker: ‘Never forget’ those who died for country 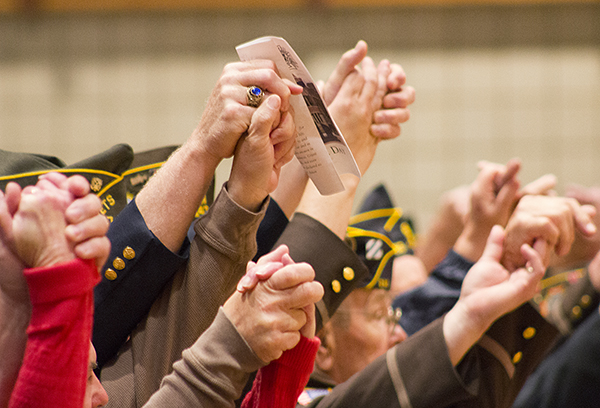 Sharing the story of a Marine sergeant who was killed trying to prevent a suicide bombing, Albert Lean J.D. Carlson encouraged people to never forget the soldiers who have died for this country.

Carlson, the deputy director of police for the Albert Lea Police Department, was the featured speaker in the Memorial Day ceremony on Monday at Albert Lea High School.

The ceremony was moved indoors from Graceland Cemetery because of rain moving in and out of the area. 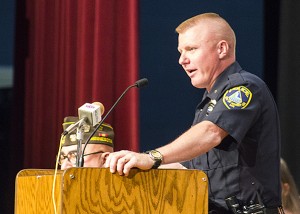 Carlson said Marine Sgt. Adam Cann, of Davie, Fla., forced a suicide bomber to detonate his load prematurely, and by doing so sacrificed his own life to protect others.

Cann was ultimately awarded a posthumous Bronze Star. He was the first K-9 handler killed in action since the Vietnam War.

In addition to Carlson’s remarks, the Albert Lea High School band played a few selections, and The Careyaires performed.