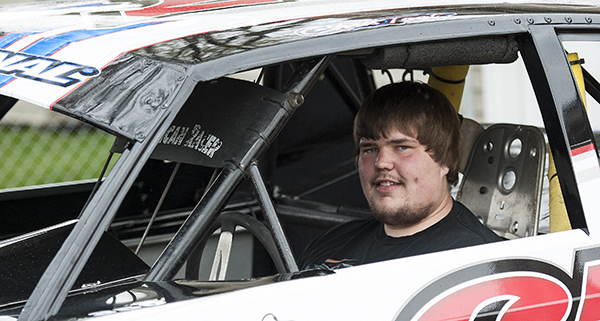 Albert Lea driver has been around the track his entire life

“It’s a family thing,” said Chris Toot. “My dad’s been racing for over 25 years, and I got started after being in the garage with him since I was a little kid.”

Before Chris was old enough to take his driving test, he was behind the wheel of a United Slot Racers Association B-Mod race car.

Communication between Chris and his father, Darin, was important to Chris’s development on the track. 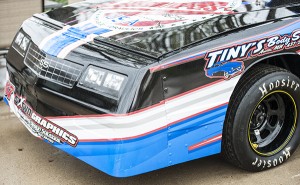 “After every race, we’d talk and try to point out the good and the bad,” said Darin. “He’d give me input, and we’d make changes to the car and try to improve every time out.”

Chris said he took a break from

competition after his first two races.

“I just thought I’d rather work on the car than be the one in the seat,” he said.

However, after earning his license to drive on the street, Chris changed his tune.

“I tried it again, and it started growing on me,” he said. “My favorite part is the competitiveness, and I think the competition in this class (International Motor Contest Association Stock Car) is the best.”

Chris, 23, is a 2010 graduate of Albert Lea High School with a business administration degree from Rochester Technical and Community College. He works for Fastenal in Albert Lea as a sales specialist.

On the street, Chris continues to drive the first car he owned, a 2002 Honda Accord. At the track, he gets behind the wheel of a Chevrolet Monte Carlo named Tootinator II, which mimics Dale Ernhardt’s nickname, The Intimidator. Ernhardt is Darin’s favorite driver. Chris’ favorite current driver is Jimmie Johnson, he said.

Below the ’85 to ’87 Monte Carlo SS body is a 2008 Griffith Race Cars chassis with a Ford 9-inch differential. Under the hood is a 383 KS Engineering short block V8 engine with a Holley 350 two-barrel carburetor that unleashes about 400 horsepower, Chris said.

In his first race of the year, Chris started the feature last place out of 16 cars and worked his way up to 10th Saturday at Hancock County Speedway in Britt, Iowa. 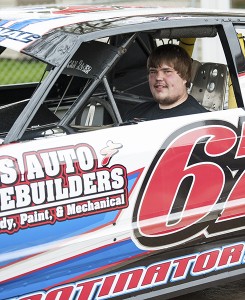 During the last four years, Chris said he drove in about five to seven races per year and has competed in about 25 career races. This year, he plans to double his career total.

Darin and his wife, Dawn, owned Chateau Raceway in Lansing for nine years and sold it to Craig Shaw of Dexter in January. Darin said he is looking forward to more racing as well.

“When we owned the track, I’d get in the car once in a while,” Darin said. “But when you’re a promoter and a racer, I think there’s a conflict of interest there.”

Although prize money is awarded, Chris said it doesn’t offset the price of the car, travel to and from the track and the 10 to 15 gallons of 110-octane fuel needed for each race.

“It’s strictly a hobby,” Chris said. “I want to thank my parents for keeping me involved and all of my sponsors because without them I wouldn’t be able to do this.”