Roger D. Severtson, 74, of rural Oakland passed away at his home surrounded by his family and friends on Saturday, May 9, 2015.

Funeral services will be at 2 p.m. Wednesday at Hayward Lutheran Church with the Rev. Joel Erickson officiating. Interment will be at Fairview Cemetery in Oakland. Visitation will be at the church on Wednesday for one hour before the service.  Clasen-Jordan Mortuary is in charge of arrangements. 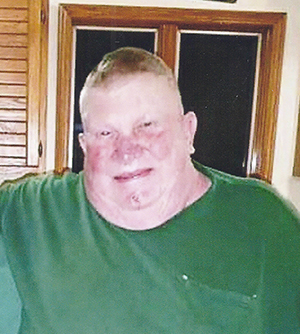 Roger Duane Severtson was born Aug. 23, 1940, in Blue Earth to Selmer and Winnifred (Swift) Severtson. Roger was united in marriage to Elna Mae Christianson on Feb. 15, 1964, at St. Olaf Lutheran Church in Austin. Roger worked as an over the road truck driver for several years and in 1975 he started his own contracting business which included remodeling homes, building new homes, garages and pouring cement. He retired in 2003 due to failing health.

Roger was a member of Trondhjem Lutheran Church. He served in the U.S. Army Reserves and he was an adult 4-H leader.  He enjoyed going to the cabin, fishing and riding his four-wheeler.

He was preceded in death by his parents Selmer and Winnifred Severtson; brothers Luvern and Larry Severtson; and his mother and father-in-law Earl and Edna Christianson.