Should footage be available for public to view?

ST. PAUL — Minnesota’s Senate on Thursday passed a bill that sets the first regulations on body cameras, a move that a top House lawmaker said could stall a yearslong push for broader change to governing police surveillance technology.

Civil liberties advocates have fought against the body camera legislation, which they say negates the portable cameras’ primary purpose — giving the public an outlet to keep watch over police — by broadly restricting access to footage.

Sen. Ron Latz tacked that language into a bill that sets ground rules for license plate readers, small cameras on squad cars that suck up vehicle locations on the road and store them in a database that law enforcement can use to track down cars. That amendment passed on a 34-25 vote, and the full bill passed hours later Thursday. 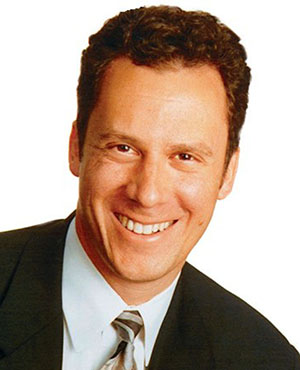 But Latz’ counterpart in the House said using the license plate reader bill — more than two years in the works — as leverage won’t work.

“I’m not going to let them shove body cameras down my throat as a threat,” Rep. Tony Cornish, R-Vernon Center said of the Senate legislation.

The Legislature has struggled to nail down agreement on license plate readers, largely due to disagreement over how long data can be stored on law-abiding residents.

Police want a 90-day window or longer, saying that makes for a powerful crime-solving tool. Privacy advocates have pushed to immediately toss out scans on cars that aren’t wanted or connected to an active investigation.

Lawmakers are also split between those two viewpoints, and the debate isn’t over. The Senate’s legislation set the window at 90 days, while House lawmakers have advanced a bill with a 30-day retention period even as some lawmakers are clamoring to bring that down to zero.

Latz’ body camera legislation will only widen that divide.

Latz said he tried to strike a balance in that debate. He urged lawmakers to support both law changes, warning that leaving license plate scans and body camera footage public could lead to a flood of sensitive videos on YouTube and unfettered access to lists of when and where any car was last spotted.

Proponents of body cameras cited the police shooting in Ferguson, Missouri, and other incidents in New York and Maryland, saying the technology would open a window into police activity that could help restore trust between law enforcement and their communities.

“This is something that we cannot ignore, we cannot step over,” said Sen. Terri Bonoff, DFL-Minnetonka.

But critics argue Latz’ bill would make body camera toothless. It sided too far with police, longtime privacy advocate Rich Neumeister said, by restricting access largely to subjects captured in the videos with the only major exception for incidents in public where an officer uses a weapon or force and causes a substantial injury.

“This is a cops’ bill,” Neumeister said. “It just cements the blue wall of silence.”