‘The Foreigner’ is entertaining, well-acted

“It’s the quiet ones you gotta watch.” As George Carlin observed, this everyday expression is plainly ridiculous, but it provides the hilarious premise for Albert Lea Community Theatre’s spring production “The Foreigner” — a comedy written by Larry Shue and directed by Gordy Handeland. 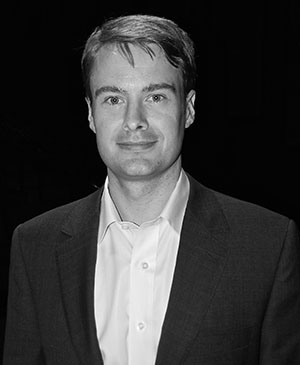 David Rask Behling stars as Charlie Baker, a British proofreader so dull and distressed that his hospitalized wife encourages him to leave her bedside. Charlie knows he is a bore; the very thought of conversing with another person sends him into nervous fits. Charlie’s good-time friend Froggy LeSeuer, played by Jay Paul, mercifully takes Charlie on a vacation to the American South — rural Georgia to be precise — where Froggy, a British solider specializing in explosives, will be advising the U.S. Army. Froggy sets Charlie up in a fishing lodge run by his old friend Betty Meeks, played by Karen Rask Behling. Charlie frets about socializing with Betty and the other guests while Froggy is away, so Froggy tells Betty that Charlie is from some faraway country and does not speak English. Appalled by Froggy’s lie, Charlie intends to tell Betty the truth, but his British manners compel him to play along after he overhears Catherine Simms and her fiance, the Rev. David Marshall Lee, played by Michelle Neal and Patrick Menning, discussing their reproductive efforts.

Once Charlie is rendered mute, both he and the play come alive. Charlie quickly develops a personality, charming both Betty and Charlotte. He’s just so attentive and such a good listener — adopting some of Charlie’s devices would seem a surefire way to get a second date. Charlie also befriends Ellie Simms, played by Christy Compton. Ellie’s wealthy father has recently died and left Ellie a large inheritance, should she prove herself mentally competent to her sister Charlotte, who questions, along with Betty, Ellie’s mental faculties. As Ellie plays English language tutor to the remarkable Charlie — who is a quick study, of course — Charlotte’s faith in her sister’s abilities grows, much to the chagrin of the Rev. David, who has nefarious plans for the fortune his soon-to-be wife is so close to keeping. David and his fiendish friend Owen Musser, played by Mike Compton, plan to steal what would be Ellie’s inheritance and purchase Betty’s fishing lodge with it. David and Owen plan to turn the lodge into the headquarters for their “good Christian hunt club” — their euphemism for an odious organization — and to launch an armed revolution. Unsurprisingly, Owen “don’t take kindly” to Charlie’s kind “round these here parts,” but the now confident, personality-brimming Charlie may have a surprise or two ready for the unsuspecting supremacists.

‘The Foreigner” is a farce that, like the old board game Mouse Trap, requires some assembly before the real comedy beings. Like Mouse Trap, “The Foreigner” pays off with fun and laughter, beginning once Froggy introduces Charlie as foreign in Act 1 and continuing throughout Act 2. One scene in particular left me grinning. When Froggy reunites with Charlie at the lodge and discovers that his linguistically challenged friend has Betty, Charlotte and Ellie hanging on his every accented syllable, he is stupefied. He decides to back his old friend into a corner, telling the ladies that Charlie is quite the storyteller. What comes next is worth the price of admission and ably played by the entire cast.

So when you are pondering what to do with your evening this Friday, over the weekend or next week, turn off the “Friends” rerun and head down to the Marion Ross Performing Arts Center and get a ticket for “The Foreigner.” It’s entertaining, well-acted, and sure to leave you with a smile. In the end, Charlie proves not to be so quiet, but he and his lodgemates are certainly “ones you gotta watch.”

Chris Nelson lives in Albert Lea and is a law clerk with the state of Minnesota.