Funeral services for Theodore “Ted” Gill of Albert Lea will be at 11 a.m. Wednesday at Christ Episcopal Church in Albert Lea. The Rev. Henry Doyle will officiate. Friends may greet the family one hour prior to the service at the church. Interment will be in Graceland Cemetery in Albert Lea. 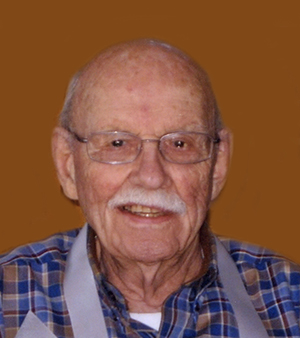 Ted was born Jan. 7, 1924, in Appleton, the son of Theodore Laws and Leah Frances (Marshall) Gill. He grew up in Appleton and graduated from Appleton High School in 1942. During World War II he served in the Army as a radio operator and waist gunner on a B-17, flying missions from England in the 8th Air Corps’ 493 Bomb Group. After the war Ted returned to the University of Minnesota. During medical school he was introduced by his sister, Pat, to Sue Folken, one of her sorority sisters. They were married Aug. 27, 1949, at Christ Episcopal Church in Albert Lea.

Ted graduated from medical school in 1951 and served both his internship and residency in ophthalmology at Minneapolis General Hospital.

In 1955 they moved to Albert Lea where Ted joined the practice with his father-in-law, Garret Folken, who was an eyes, ears, nose and throat doctor. He continued his practice in the medical arts building for 30 years and ended his career at Albert Lea Clinic, retiring in 1986.

Ted maintained many professional affiliations, including serving as president of the State Board of Ophthalmology. He was also involved with the local medical association and several community organizations. He was a member of Noon Kiwanis Club with perfect attendance for several decades, and later attended Golden K Kiwanis. He was a dedicated member of Christ Episcopal Church where he was a lay reader, choir member and served on the Vestry and the Foundation Board.

His hobbies included fishing, hunting, photography and he was an amateur pilot. He especially loved spending time with family and friends at their cabin on Roosevelt Lake or taking walks and cross country skiing at Myre-Big Island Park.

Ted was preceded in death by his parents; wife, Suanne “Sue” Folken Gill; his son, John; and his sister, Pat Koenecke.