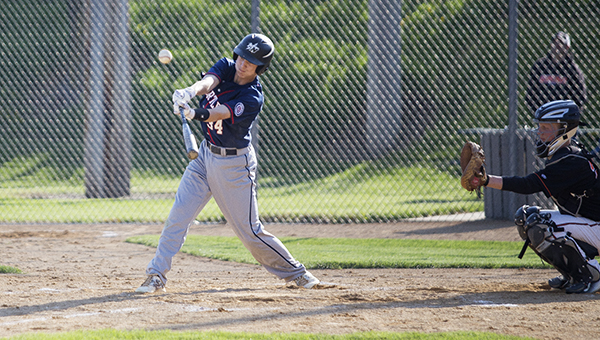 Albert Lea’s Jake Thompson bats during Tuesday’s game against Winona at Hayek Field. Thompson had one hit in two at-bats, a run scored and a stolen base. View a gallery of photos at albertleatribune.com. — Colleen Harrison/Albert Lea Tribune

What started as a close game was eventually decided by just a few feet for the Tigers. 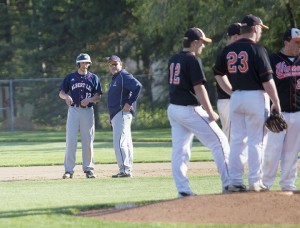 The Winhawks scored two runs in the second inning and one in the third. In the top of the sixth, the Winhawks loaded the bases and hit a double just over the glove of Tigers center fielder Wyatt Paulsen to drive in three more runs.

The Tigers scored all three of their runs in the third inning. In the seventh, the team loaded the bases, and Mullenbach hit a long line drive right into the glove of a Winona outfielder.

“Just a couple more feet and we would’ve tied it up,” said Sczublewski.

The Tigers’ three runs were scored by E.J. Thomas, Jake Thompson and Parker Boyum. Thomas and Boyum each hit doubles, and Boyum also had an RBI. Thompson also had a sacrifice and a stolen base. Alex Bledsoe, Boyum and Paulsen were all hit by pitches.

On the mound for the Tigers was Chris Enderson, who recorded the loss. Enderson pitched six innings and allowed seven hits and six runs, three of which were earned. He also walked four and struck out seven. Tristin Muilenberg finished out the last inning.