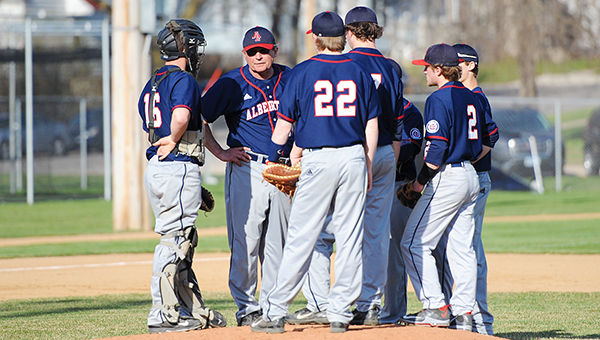 The matchup is the same, but the location is different.

For the second consecutive season, the Albert Lea baseball team will play Tri-City United in the Subsection 2AA South semifinals. 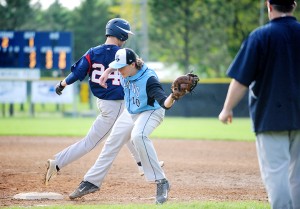 The opening pitch is set for 5 p.m. today. It was scheduled for Tuesday, but rain forced the semifinal at Hayek Field — along with the section’s three other semifinals — to be pushed back.

Last year, the No. 2-seed Titans hosted the No. 3-seed Tigers, and Albert Lea scored the go-ahead run on a suicide squeeze in the eighth inning to win 3-2.

Although the victory was an upset according to the seeding, the Tigers were ranked No. 55 in Class AA in Minnesota-Scores.net’s Quality Results Formula, while the Titans were No. 92. Albert Lea went on to finish as the section runner-up after a 4-0 win over No. 8 QRF Holy Family Catholic in the consolation bracket and a loss in the section finals to No. 10 QRF Glencoe-Silver Lake, a team that took third place at the state tournament.

This year, the No. 20 QRF Tigers (11-10, 4-7 Big Nine) earned the No. 1 seed and enter the semifinals on a three-game winning streak. Over Albert Lea’s last four games, the team scored six or more runs, including a 13-0 win at NRHEG and a 14-6 victory over Maple River to cap the regular season.

No. 88 QRF Tri-City United (10-10, 5-9 Minnesota River), the No. 4 seed, enters the game after a 6-5 win over St. Peter in nine innings during the quarterfinals, a victory that snapped the Titans’ two-game slide.

“It really depletes your pitching with lots of games in a short time,” Sczublewski said. “You’ve just got to take it one game at a time.”

The Tigers have four pitchers who posted wins this season: Chris Enderson, Tyler Steele, Tristin Muilenburg and Jake Kilby. Enderson picked up the Tigers’ latest win in the subsection quarterfinals.

Although Tri-City United graduated some of its veteran players from last year, Sczublewski said the team returns left-handed pitcher Ryan Thompson, who faced the Tigers last year and is the only senior on the Titans’ roster.