Tyler “Ty” Turner was born on Feb. 6, 1987, in Albert Lea, the son of Teresa Lynne (Turner) Yackel. He attended St. James High School in St. James, where he played for the St. James Saints football team as No. 76. He also attended Lake City Public High School and played football for the Tigers as  No. 78.  On Aug. 27, 2010, Tyler proudly achieved his general education diploma. He was happily employed at Nortech Systems in Blue Earth. 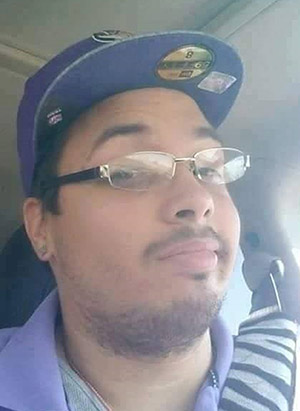 Tyler is survived by his son, Preston Paul Turner, 10, of St. James; his sister, Tasha, and her children Octavious and Blayze of St. James; brother, Timothy, and his daughter, Bella, of St. James; sisters Lita and Doni Yackel; mother and stepfather Teresa and Tim Yackel of St. James; aunt, Barb Powell, of Wisconsin; cousins Jennifer Turner of Austin and Jenelle Turner of Wisconsin; grandfather, Eugene Turner, formerly from Albert Lea; and many extended family members and friends.

Tyler will always be remembered for his goofy personality and his amazing ability to make people laugh. His generous heart always led him to helping those around him, especially when it came to fixing vehicles. Tyler had an enormous knowledge for mechanics that kept him busy with repairing and restoring any truck in his sight and taking part in many discussions and groups regarding his beloved Chevy S10 Blazer. His passion for football led him to start practicing with the Albert Lea Grizzlies. Tyler had many hobbies including video games, camping, fishing, going to the races, wrestling, fixing or building computers, anime (Bleach) and loud music bumping his bass. He loved spending time with his children, teaching them new things and bringing them to new places. He loved his kids more than life itself. They meant the world to him and he would do anything for them.