Watershed projects on hold with Legislature

Local water trail tied up in gov.’s veto of bill

The conclusion of the 2015 regular legislative session has left two Shell Rock River Watershed District projects on hold. Local leaders are optimistic they can be approved in a special session. 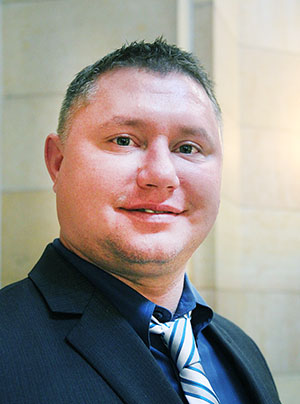 The Legacy omnibus bill, which included a $2.4 million grant to the watershed for ongoing habitat restoration work, never reached the Senate in time for a final vote, according to a watershed press release.

“It is disappointing that the Legacy bill was not able to be passed before the clock expired,” said Watershed District Administrator Brett Behnke. “Fortunately, we now know there is going to be a special session. We are very optimistic that Legacy will be completed.”

It would re-establish native vegetation, improve fish and fowl habitat and reduce damage by rough fish in the watershed.

The watershed district also had a small provision in the Environment and Natural Resources and Agriculture Omnibus bill designating the Shell Rock River Water Trail as a state water trail; however, Gov. Mark Dayton vetoed the bill on May 23, sending it back to the Legislature for a special session.

“We are frustrated the water trail was caught up in larger political issues,” said Susie Petersen, executive director of the Albert Lea Convention and Visitors Bureau. The governor indicated the veto was tied to many of the policy provisions in the bill.

The 25-mile trail begins at the north end of Fountain Lake in Edgewater Bay and winds through Fountain and Albert Lea lakes until reaching the mouth of the Shell Rock River at the Albert Lea Lake dam. From there, the trail follows the river until it reaches the Iowa border.

It passes by the Blue Zones Walking Trail, the Blazing Star Landing, a boat launch and backpack sites at Myre-Big Island State Park, among others.

Organizers have already installed educational signs throughout, and they hope in the future there could be more soft canoe and kayak landings put in along the trail, along with canoe rentals. Plans are in the works to install a rental kiosk at Frank Hall Park near the new Golden Point Launch.

Supporters have previously stated the trail has the potential to bring more tourists to town and to allow residents from Albert Lea and the rest of the state to enjoy the scenic views and other outdoor recreation offered.

Bill Howe, member of the Lakes Foundation and chairman of the Shell Rock River Watershed District’s Advisory Committee said he is optimistic the water trail will get back in the special session.

“An investment in the water trail is common sense for the state, and we are confident that our leaders see that,” Howe said.