Which wines pair best with which foods? 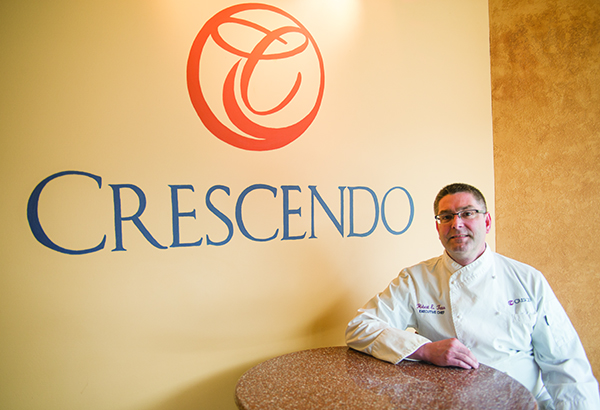 Bob Tewes, originally from Chicago, opened Crescendo in May 2001 at 118 S. Broadway in downtown Albert Lea. He had a hobby in food and wine long before he opened the restaurant. – Colleen Harrison/Albert Lea Tribune

“You want your meal to be enjoyable.”

That’s the main goal for Bob Tewes, owner of Crescendo in Albert Lea, every time he pairs a certain wine with one of the items on his restaurant’s menu.

Tewes opened Crescendo in May 2001 at 118 S. Broadway in downtown Albert Lea. Originally from Chicago, he moved to Albert Lea in 1990. He now lives in the area with his wife, Patty, and their three daughters. He said food and wine had been a hobby he was passionate about for a while when he decided to open the fine dining restaurant.

Being able to drink wine with a meal is a fun alternative beverage to what people are used to growing up with, said Tewes. He grew up usually drinking a Coke as a compliment to his meals, and said that it’s fun having an alternative as an adult. 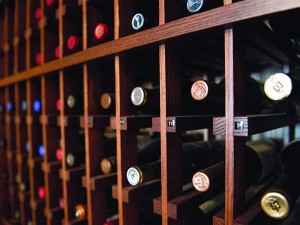 According to owner Bob Tewes, Crescendo has over 100 different bottles of wine. He says pairing wine with food ultimately depends on a person’s personal taste preference. – Colleen Harrison/Albert Lea Tribune

When it comes to deciding what wines to pair with which foods, Tewes said there are a few rules or guidelines, but that it ultimately depends on a person’s personal taste preference.

He said that lemon and other citrus flavors tend to disagree with certain red wines, but that they do work well with most white wines. One way he described the process of trying to match wines to food was trying to match the weight of the flavors.

For example, thick, dense red wines pair well with heavier meats or gravy. In contrast, delicate foods like shrimp or foods with a more creamy sauce base tend to be better with similarly delicate white wines.

Tewes also said that certain elements in dishes can be mimicked, and that he himself enjoys trying to find a flavor void in dishes that gets filled with a certain wine selection. He likened it to trying to find the missing piece in a puzzle. Matching flavors, such as pairing a sweet wine with a sweet dish, can sometimes overload on a certain flavor, he said.

At Crescendo, Tewes said he also likes to pinpoint the country of origin within a dish and select a wine based on that origin. He gave pairing a French wine with a French dish as an example. The restaurant’s menu comes complete with wine pairing suggestions, and Tewes said he’s also available for recommendations upon request at the restaurant as well. He said he has also helped prepare some customers for future travels to different winery regions. 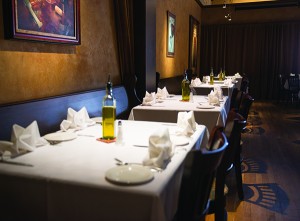 As Tewes said, there’s no wrong pairing of food and wine if it ends up fitting a person’s personal preference. He likened that sentiment to what he feels is the Blue Zones way of thinking.

“That’s what Blue Zones is about,” he said, “Really living. Not being afraid of doing things wrong.”

Tewes thought a good rule of thumb for healthy wine habits is two glasses a day for men and one glass a day for women, and that ideally those servings should be red wine.

Wine @ 5 is one of the Blue Zones’ Power 9, or shared traits of the world’s longest-living people.

“People in all Blue Zones (except Adventists) drink alcohol moderately and regularly,” the Blue Zones website says. “Moderate drinkers outlive non-drinkers. The trick is to drink one to two glasses per day (preferably Sardinian Cannonau wine), with friends and/or with food. And no, you can’t save up all weekend and have 14 drinks on Saturday.”

A number of restaurants and businesses in the Albert Lea area have been labeled as Blue Zones designations. Crescendo became designated as a Blue Zones restaurant this spring.