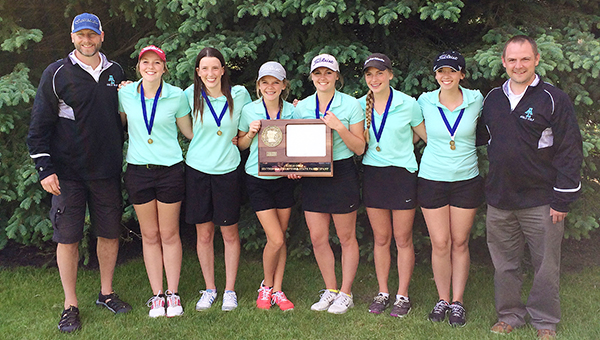 Ridges at Sand Creek is the next destination for multiple Albert Lea golfers.

The Tigers won the girls’ title to qualify for state as a team for the first time in head coach Shawn Riebe’s 13-year tenure, and the boys’ team finished as the runner-up but qualified three individuals for state Monday during the Section 2AA meet at New Prague Golf Course.

“Winning the section tournament has been a goal for the season, and we knew we had a chance,” said Riebe. “It’s been a lot of fun.”

The Tigers completed the course in 383 strokes to defeat second-place Jordan by seven strokes.

Bailey Sandon led the team with a score of 93.

“(Sandon) had a good attitude about the course, and I think that paid off for her today,” Riebe said. “She really came through.”

Samantha Nielsen and Natalie Nafzger posted scores of 95, and Emma Loch rounded out the scoring with a 100. Sara Rasmussen and Kayla Jensen added scores of 110.

Albert Lea won its Subsection 2AA South title and section championship at different locations, but Riebe said next year, it will be a two-day event at the same location.

Next, the Tigers will tee off on Day 1 of the two-day Class AA state golf meet at noon next Tuesday at Ridges at Sand Creek in Jordan.

Golfers can qualify for the state meet in two ways. They can be part of a section championship team or finish as a top-five individual.

Alex Syverson led the Tigers by completing the course in 78 strokes.

“He had a few struggles on the first nine holes but turned it around and finished with his best nine holes of the season,” McIntyre said.

Brady Loch followed with a score of 79, and Jack Pulley posted an 82. Ryan Peterson was one stroke behind Pulley.

McIntyre said Loch was steady through the entire course. Pulley started well and had a tough turn but finished strong.

Since only two of Albert Lea’s six players had experience at New Prague’s course, McIntyre said the team played a practice round Sunday and took notes on the course.

“Each player had a yardage book,” he said. “In that book, they recorded notes on club selections, green characteristics and hazard locations. Getting a little bit of knowledge of the greens was very important.”

Next, the Tigers will tee off on Day 1 of the two-day Class AA state golf meet at 7:30 a.m. next Tuesday at Ridges at Sand Creek in Jordan. 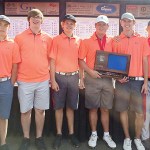 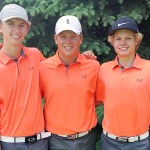