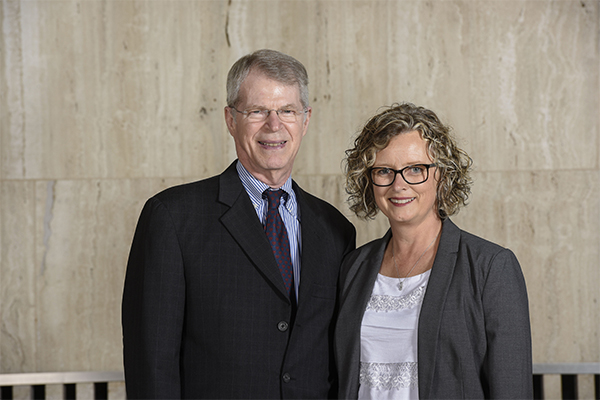 Peterson was one of two people who received the award who work at a Mayo Clinic Health System in Minnesota. Dozens were nominated out of the 60,000 employees.

She was nominated by co-worker Cheryl Reynolds. Reynolds said she nominated Peterson because “she is an exempt employee who demonstrates competence, compassion and is caring.”

In the nomination form, Reynolds cited several examples of Peterson’s dedication of meeting patient needs first. She was also awarded for being able to stay calm and for making staff feel the same way through her leadership style.

Peterson is a wife and a mother of two boys. She grew up in Glenville and has lived in the Albert Lea area her whole life. She was inspired by her grandmother who was a nurse.

“In ninth grade when we had to write about what we wanted to be when we grew up, I put down nurse as my No. 1 choice,” Peterson said.

She has worked at Mayo Clinic Health System in Albert Lea for 20 years. She started her career as a hospital nurse and later worked in home care/hospice before switching to her position as an oncology nurse supervisor.

“I am inspired by always knowing that roles may be reversed and I want to provide the type of care and concern that I would want to receive,” Peterson said.” I enjoy the opportunity to care for patients and their families and live my passion of always wanting to be a nurse.”

“I feel very honored and surprised. All I could say was thank you,” Peterson said.

The Mae Berry Award was started by Leonard Berry. He holds the Zale Chair of Retailing and Marketing Leadership and is a professor of marketing at Texas A&M University. He is recognized as one of the leading authorities on customer service and endowed the Mae Berry Service Excellence Award in honor of his mother.