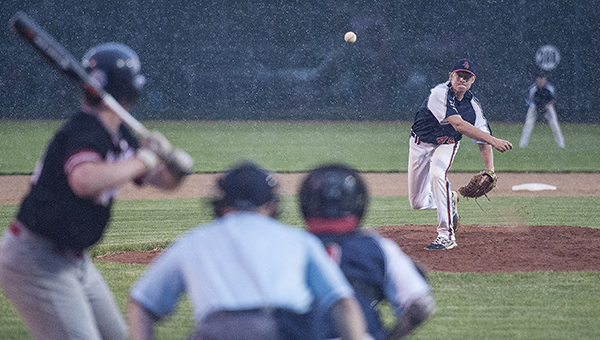 Rain and flooding caused a showdown between two teams in the top third of the District 1 VFW baseball standings to be postponed.

Albert Lea Post 447 trailed Austin Post 1216 1-0 with two outs in the top of the first inning Wednesday when a downpour began and the game was called at Hayek Field.

Post 447 (3-4, 3-1 District 1) is fourth in the 15-team district standings, which don’t account for overall records. Each single game against a district foe is considered a district game, but the second game of each doubleheader — even against a team from the same district — is a non-district game, said Albert Lea coach Cory Thomas.

“It allows teams with bigger rosters an opportunity to get everyone playing time to develop the younger players,” he said.

Post 447 began the season with a 2-0 district win and a 9-0 non-district loss in a doubleheader June 6 against Rochester Century at Hayek Field. Albert Lea posted its second district win of the season June 10 at Owatonna, and Post 447 notched its third district win June 13 with a 10-0 victory at Winona.

Blake Simon, coming off his sophomore season, pitched for two of Albert Lea’s district wins. He shut out Century and threw a no-hitter against Winona by striking out 12 batters in five innings, Thomas said.

“That was quite a performance,” he said. “(Simon) has been outstanding.”

Thomas, an assistant coach with the Albert Lea Post 56 baseball team last summer, has been head coach of the VFW for three of the last four seasons.

After 21 regular-season games, Post 447 will start the postseason on July 18.

“We want to compete for the best playoff outcome, and our main goal is to develop kids and get them ready for varsity play next season,” Thomas said.

The Albert Lea varsity baseball team finished as the Section 2AA runner-up for the second straight season, which helped sparked interest in the sport.

“It’s just like the success last year that helped energize the program,” Thomas said. “It helps at all levels.”

A make-up date has not been finalized for the Albert Lea-Austin showdown. However, Thomas said June 27 might work.

Next, Post 447 will host Rochester Mayo in a doubleheader that was moved to 6 p.m. Saturday.

“We’ve got a good group of kids,” Thomas said. “You can tell right away that they work hard and are focused in practice. I know we’re going to compete night in and night out. It’s going to be a fun summer.” 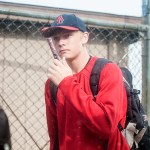 Cody Ball of the Albert Lea VFW Post 447 baseball team walks from the dugout after the game was postponed Wednesday in the top of the first inning against Austin at Hayek Field. — Micah Bader/Albert Lea Tribune 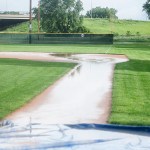 Although the rain stopped, the field was too soaked to use Wednesday as the Albert Lea VFW Post 447 baseball team hosted Austin at Hayek Field. — Micah Bader/Albert Lea Tribune 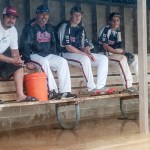 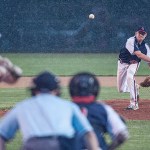