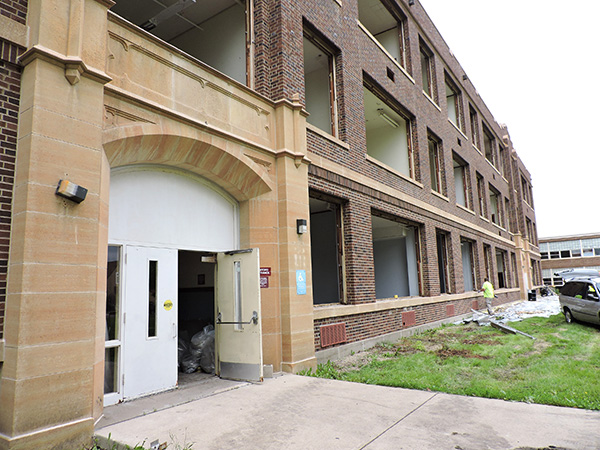 The final stage of asbestos removal at the former United South Central school at 250 Second Ave. SW is underway. According to USC Superintendent Jerry Jensen, the windows of the building had to be removed to get to the caulking which is laced with the contaminate. When Envirobate, the company contracted to do the asbestos removal, finishes their work they will make way for the demolition contractor Kevitt Construction to come in. Jensen believes the project is still on schedule, which means the building will be coming down in mid-June. – Kelly Wassenberg/Albert Lea Tribune