Visitation will be from 5 to 7 p.m. Sunday at Bonnerup Funeral Home in Albert Lea. A memorial service will be at 11 a.m. Monday at First Lutheran Church in Albert Lea. 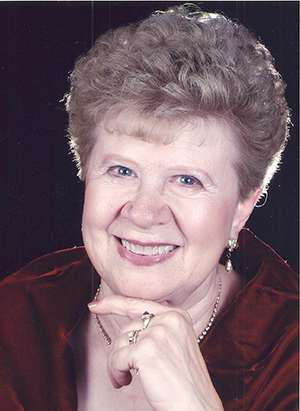 Beverly “Bev” Helland was born on Oct. 5, 1932, to Blanch and Silas Helland near Thompson, Iowa. She was baptized and confirmed at Zion Lutheran Church in Thompson and attended country school.

Bev was united in marriage to Orvis Olson on March 17, 1950. From this union five children were born. The couple farmed near Kiester. In 1971 the family moved to Lake Mills. Orvis passed away in 1975.

Bev worked in the kitchen at Lake Mills Community School and later attained an associate’s degree at Hamilton Business College in Mason City, Iowa. She then worked as a legal secretary for Branstad and Schwarm Law Office in Lake Mills for 15 years. In 1991 Bev moved to Mason City and worked as the manager for Sir Knight Formal Wear for 10 years.

On Oct. 27, 2001, she married Bill King. The couple resided in Albert Lea. Bev and Bill loved to spend time together — traveling, visiting family and dancing at the Eagles.

Bev was a fun-loving, caring person who loved to spend time with her family. She enjoyed traveling, dancing, sewing and shopping. Her family said, “She will be greatly missed.”

She was preceded in death by her parents; her first husband, Orvis; brother, Richard Helland; sister, Kathyrn Peterson; and brother-in-law, Myron Olson.