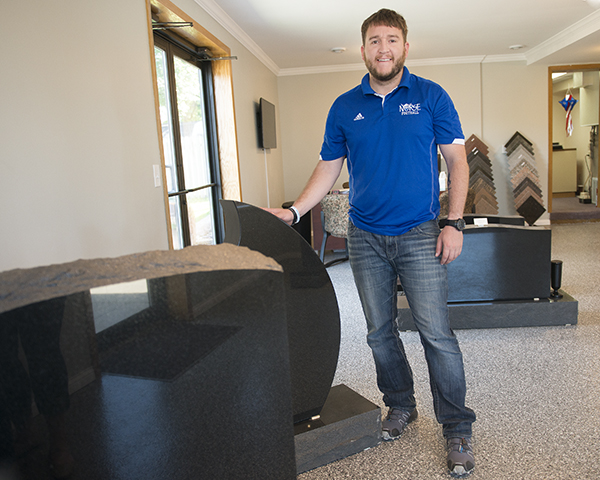 Blane Maher is the executive director of Albert Lea Monument. His parents Mark and Lori Maher own the business. – Colleen Harrison/Albert Lea Tribune

Albert Lea Monument specializes in grave stones and monuments for one’s loved ones.

“I love the history of the town, the lakes and the people,” Executive Director Blane Maher said of Albert Lea.

The business began with Maher’s grandfather who had been working within the company since he was in his teens. After he had partnered up with a business partner, they bought the business. The company was passed onto Mark and Lori Maher, Blane’s parents. The business even has a stone installer who has been serving on staff for 40-plus years. Blane Maher was joining the military at the time and served for four years in active-duty Air Force.

“Towards the end of my military career, I realized family was what was important,” Blane Maher said. “I told my parents, ‘If you open in Albert Lea, I’ll work.’”

Albert Lea Monument does all the work themselves. Not only do they do everything a traditional monument company would do, they also produce and make custom to-your-liking gravestones. They specialize in artwork and designs that can range from a heart-shaped stone to an engraved farm scene.

“You can literally get anything you want out of the stone,” Blane Maher said.

A CNC machine is used to make exact replicas of designs or pictures to engrave into the stone. They also own a web design program that can develop print previews to show an idea of what the customer wants.

They never want to pressure anyone to buy a stone, so they encourage clients to take their time and use the web design program to have a feel for what they want, he said. 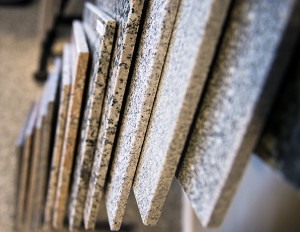 While using granite stone, Albert Lea Monument can build flush markers, slants, bevels and upright stones. The business offers many different granite colors. He said they prefer granite over cement due to its lasting qualities and durability.