The Albert Lea-Freeborn County Chamber of Commerce announced Tuesday the grand marshals for the Third of July Parade will be centered around the Blue Zones Project. 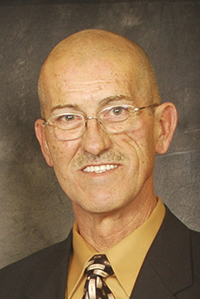 In keeping with the parade theme of “Teaming up for America,” the parade committee selected the leadership team for the Blue Zones Project and representatives of all the community’s designated Blue Zones organizations — including worksites, schools, grocery stores and restaurants — as grand marshals.

“By taking the shared leadership approach to wellness, the leadership team has demonstrated what can be accomplished in a short period of time,” said Randy Kehr, executive director of the chamber.

The existing National Vitality leadership team became what is known as the Power 9 Committee and was charged with oversight of the progress.

A news release stated the committee worked together with the chamber’s worksite wellness committee and Alice Englin of the Statewide Health Improvement Program and have achieved remarkable results, Kehr said.

“We felt that it was important that the community see the drivers behind the project,” he said.

Blue Zones was born out of National Geographic explorer Dan Buettner’s examination of communities across the globe where people were happily living the longest. Buettner founded Blue Zones to bring these secrets of longevity to the United States, and in 2009 led a 10-month pilot project in Albert Lea, where residents increased their projected life expectancy by 2.9 years and local employers reported a decline in healthcare claims costs and decreased absenteeism.

The results spread across the country, garnering national media attention to Albert Lea.

After establishing the pilot program, Buettner partnered with Healthways to form what has been deemed the Blue Zones Project to help other communities do the same thing.

The city is in the middle of efforts to become a Blue Zones-certified community.

Parade organizers are encouraging spectators and participants alike to wear their Blue Zones Project T-shirts unless they are required to wear a costume in the parade.

The parade begins at 6 p.m. at the Freeborn County Fairgrounds and goes down Bridge Avenue to Fountain Street before ending at St. Mary Avenue.

I-35 traffic crosses over to single lanes