Bruce was born Feb. 18, 1954, the son of Cortelyou “Cordy” and Ruth Ann (Shellen) Colvin in Wells. Bruce grew up in Freeborn and graduated from Freeborn High School in 1972. On July 28, 1973, Bruce was united in marriage to Debra Van Horn and to this union two daughters were born. The couple divorced in 2002. 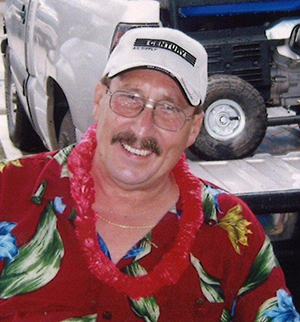 Bruce lived in Longmont, Colorado, for a few years building houses. In 1975 he returned to Freeborn and farmed with his dad. In 1977 he moved to Pasadena, Texas, where he worked for Coca Cola; learned the exterminating business; and then worked as an elevator engineer for Amtech and Schindler Elevator Corps. for 28 years.  He retired in February 2015.

Bruce loved life and lived it to the fullest doing the things he loved  — golf, hunting, fishing and spending time with his grandchildren.

He is preceded in death by his parents and two sisters, Susan Hoven and Peggy Sue Colvin.