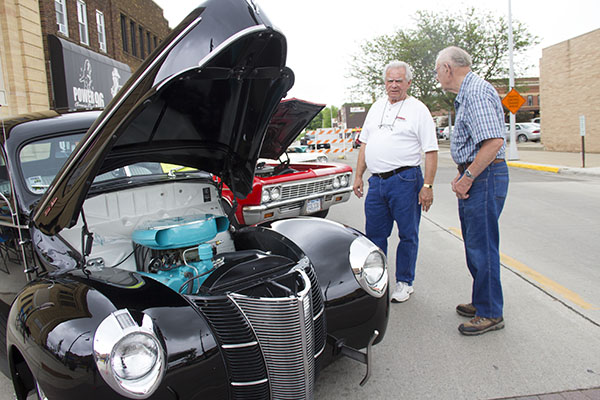 Ken Madson, left, and Ellwood Tukua talk next to a black 1940 Ford Coupe with a Cadillac engine on Saturday during Eddie Cochran Weekend. There were 114 cars entered. – Sarah Stultz/Albert Lea Tribune

Classic car lovers from in and out of the area flocked to Albert Lea over the weekend for the 29th annual Eddie Cochran Weekend.

Events kicked off Friday evening with a cruise-in social in front of the Green Mill, Country Inn & Suites and Motor Inn Co.

On Saturday classic car owners brought their automobiles to downtown Albert Lea for a car show with awards.

Weather was cloudy with periods of light rain.

She said in the last three years numbers have been lower for the show because of the weather, but she is grateful for the continued community support.

Ellwood Tukua walked around the show with his brother-in-law Ken Madson on Saturday.

Tukua said he can still remember when the classic cars first came out, and he wanted to support Madson, who brought a 1932 Ford five-window hi-boy.

Following the car show, there was a 12-mile car cruise.

The weekend celebration is in honor of Albert Lea native Eddie Cochran. Cochran was born Oct. 3, 1938, in Albert Lea. He started playing the guitar when he was 12 years old, and when he was 14, he and his family moved to California.

He dropped out of Bell Gardens High School and toured as a country music performer in California. He switched to rock in 1957 with “Sitting on the Balcony.” Other hits of his include “Summertime Blues,” “C’mon Everybody,” “Something Else” and “Jeannie, Jeannie, Jeannie.”

Cochran died in 1960 when the cab taking him to Heathrow Airport was speeding, blew a tire and crashed into a pole. 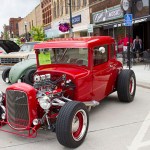 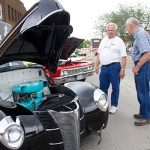 Ken Madson, left, and Ellwood Tukua talk next to a black 1940 Ford Coupe with a Cadillac engine on Saturday during Eddie Cochran Weekend. There were 114 cars entered. – Sarah Stultz/Albert Lea Tribune 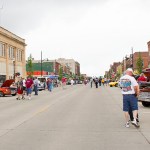