Funeral and memorial services took place May 9 at Prince of Peace Lutheran Church in Saratoga. Albert Lea visitation will be from 10 to 11 a.m. June 15 at Bonnerup Funeral Service. The grave side service will follow at 11:30 a.m. in Graceland Cemetery. 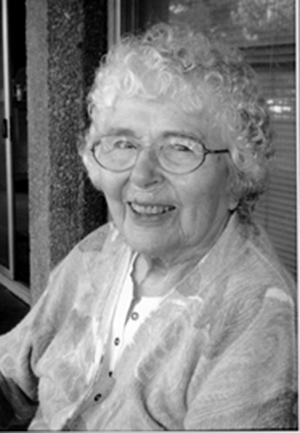 Dawn was the daughter of Cornelius C. and Inga (Erickson) Sybilrud from Albert Lea. She graduated from Albert Lea High School where she was homecoming queen. She earned a Bachelor of Science. degree in medical technology from the University of Minnesota. In 1950 she trekked to California with her best friend in search of adventure. She worked as a medical technologist for many years, first at Children’s Hospital in San Francisco and later at Agnews Developmental Center in San Jose.

In 1951 she married Harry Vogelsong Jr. They settled in Saratoga and their son, Kristofer, was born in 1959. Dawn loved the outdoors and the three of them spent many years camping, fishing, sailing and hiking. She was delighted to be a grandmother. She adored her grandchildren and loved walking in the creek, dyeing eggs at Easter time and searching for the perfect Christmas tree with them. She was an active member of Saratoga Foothill Club and longtime Philanthropic Educational Organization sister. Dawn enjoyed her many visits to Minnesota to see her brother, Nestor, and his family and experience the beautiful change of seasons. She lived to be 92 by good genes, determination and the commitment of many friends and caregivers who helped her remain independent. She will be remembered for her kindness, her playful spirit, helpful nature and her devotion to her church.

Dawn will be greatly missed by her son, Kris (Paula) Vogelsong; her grandchildren Gunnar and Gillian of Saratoga; her niece, Julie (Sybilrud) and Rick Gayken; her nephew, Jim Sybilrud, of St. Cloud; great-niece, Angela (Gayken) and Darren Haus and Blake and Abigail of Sartell; and great-nephew, Jon and Maria Gayken, and Kennady, Riah and Ayla of Rogers.

Dawn was preceded in death by her parents; husband, Harry; and brother and sister-in-law Nestor and Pearl (Johnson) Sybilrud.

In lieu of flowers donations can be made to the Freeborn County Historical Society.